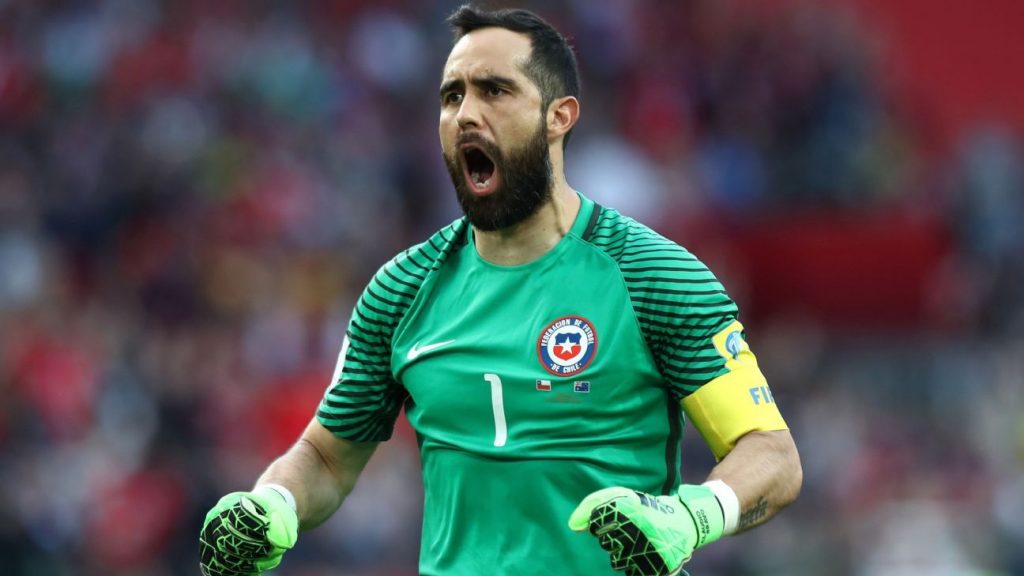 The Chilean shot-stopper Claudio Bravo pulls himself out of Chile national team after team official turned down his request.

Claudio Bravo was named in the squad by new Chile coach Reinaldo Rueda representing Chile for the friendly fixtures in Sweden and Denmark next week.

But he has withdrawn from the Chile squad after Chilean FA president Arturo Salah refuses his request to appoint his old goalkeeping coach, Julio Rodriguez from Colo Colo.

He wrote on twitter to explain his absence: “I had a very cordial meeting with Reinaldo Rueda in Manchester, where I told him that I would be delighted to participate in this new process.

“The only thing I said was that I was worried about a topic that is very important for me: my preparation and training, reasons that the Federation was already aware of.

“I haven’t received any call from the Federation or its president Arturo Salah to solve this matter. For this reason I had already scheduled a trip with my family.

“I deeply regret that they are calling me up against my will, I consider that I have earned a minimum of respect in the Chilean national team. I hope you understand my refusal in this opportunity.”

And Chilean FA president Arturo Salah responded to Claudio Bravo telling him, “Any player who conditions his participation to the fulfilment of any suggestion or recommendation to the coaching staff, it seems to me that it does not correspond,” Salah said.

“We are starting a new process and it is necessary to respect the roles of each one in the work of the national team. There is no player with privileges.

“Claudio has the doors open. He is an important player for the national team and we hope that in the future he will have the clarity to do what the players do.”