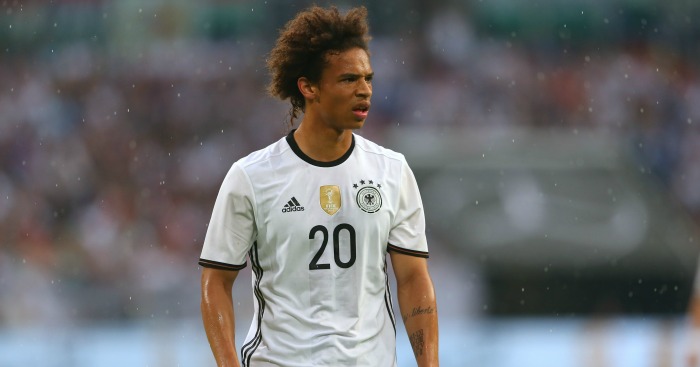 Leroy Sane had a superb run of performances for Manchester City under Pep Guardiola in past couple of seasons. Leroy Sane looks an absolute beast guarding City from the flank.

Leroy Sane won the Carabao Cup in February and is almost on verge of winning the Premier League this season. The German international keeps on raising the bars of expectations higher and higher.

His team-mate from German national team Jonathan Tah who ply’s his thread with Bayer Leverkusen in Bundesliga think that Germany are lucky to have Leroy Sane bolstering the squad.

“For sure, this is the future,” he told Omnisport when asked about Sane and Germany’s top young talents. “I think Germany should be proud to have players like them.

“What each of them is doing at that young age is simply outstanding. There are also a few more. I think that this will be the future, yes.”

Jonathan Tah insists Germany should aim to reach at least the latter stages of the tournament but feels there are many candidates to win the trophy.

“I don’t think it’s an easy group, but the aim for Germany is to get far in the World Cup,” he said. “When you’re participating in a tournament, your aim should be to win it. Otherwise, you needn’t take the ride.

“There are so many teams [who can win it]; the South American ones have got much stronger now. They have so many players who play in Europe in top teams.

“It’s hard to name the favourites or the winners, because there are many nations who have the potential to go far.”