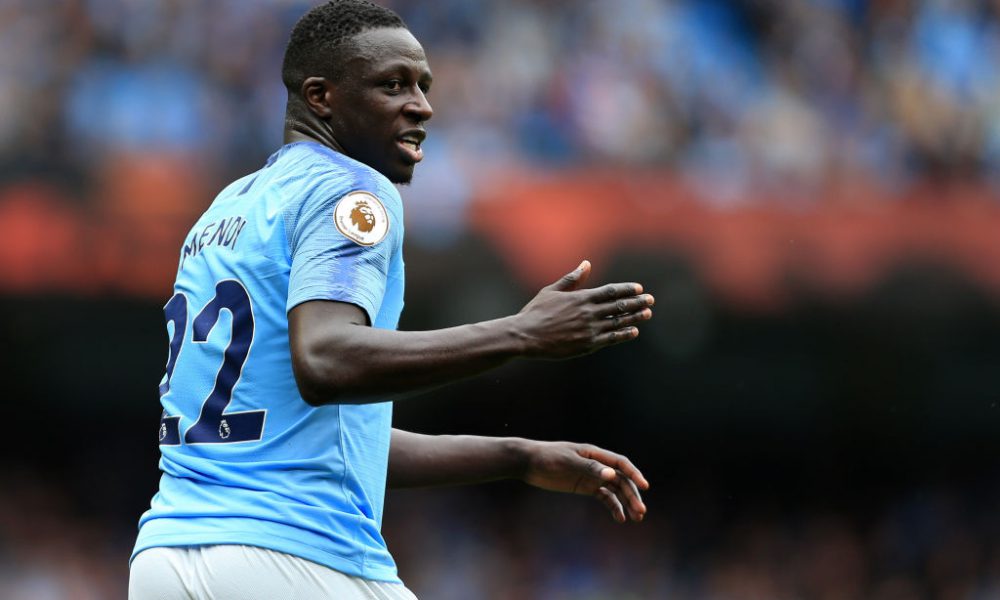 Manchester City weren’t able to use Benjamin Mendy in the matchday squad for the Fulham game. Citizens weren’t happy with Mendy being left-out of City squad claiming due to rotation reasons.

Though, Pep Guardiola confirmed the Frenchmen has a “problem with his knee”.

Fabian Delph stepped in at left-back position replacing Benjamin Mendy in the match against Fulham and the Boss will hope Mendy shakes off the knock in time for the game, with City beginning their quest for European glory this Wednesday against Lyon.

‘Mendy was injured, the last days he had a problem with a knee,’ explained Guardiola.

Guardiola also insists that he has no hesitation about playing Fabian Delph at left-back while Mendy is out.

‘No doubts about Delph,’ said the City boss.

‘We know how important he was last season and now with the Mendy injury.

‘It could be weeks or days and maybe longer, having Fabian fit is so important.’