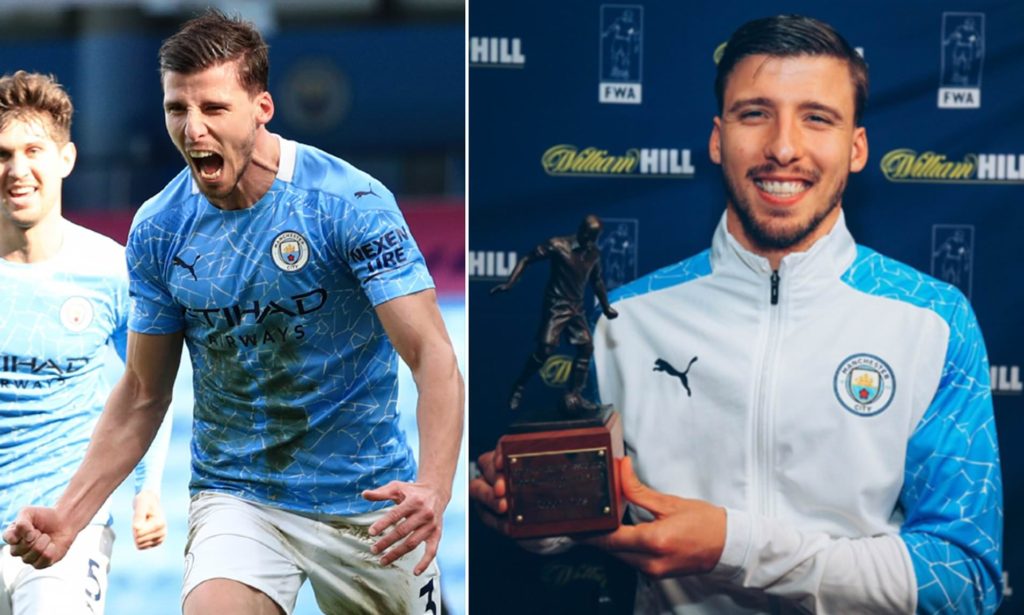 When Ruben Dias completed a £62m move from Benfica late in last Summer’s transfer window, many wondered if he was “the One”. Pep Guardiola has spent close to £500m on defenders alone since he arrived in the league almost 5 years ago.

In the case of Dias, the 23-year old Portuguese international is definitely one of the biggest hits among Pep’s signings. His performances in Manchester have driven City to the Premier League title, another Carabao Cup, and the club’s first Champions League final. He has featured 48 games across all competitions for Manchester City and been a rock on which the team is built. Domestically, Dias has featured in 31 PL games, contributing to 14 clean sheets.

Dias is the first defender to win the award since Steve Nicol back in 1989 and he also becomes only the third player to win the FWA award in their first season in England, following Jurgen Klinsmann (1995) and Gianfranco Zola (1997) ⭐️

His stellar performances have been rewarded with Football Writers’ Association (FWA) Footballer of the Year in his first season at the club. He joins the elite company becoming only the third player to win the award in his first season in England behind Chelsea great, Gianfranco Zola and Jurgen Klinsmann.

In accepting the award Dias said; “It means something special because normally, the ones who finish the plays are the ones getting the spotlight but me receiving this prize is a major example of our team and the way we work – the way we build our game.”

The commanding center-half is also the first defender to win the award since former Liverpool star Steve Nicol won it in 1989.

Ruben Dias fended off competition from Tottenham star Harry Kane and City teammate, Kevin De Bruyne to bag his first individual award in England. The Football Writers’ Association (FWA) Footballer of the Year award isn’t the only award the Portuguese can win with the PFA, Premier League and club player of the year awards still up for grabs. Pep Guardiola and Manchester City may have just found their replacement for Vincent Kompany and that can bring City’s domination to a whole new level with the FWA Footballer of the Year, Rúben Dias.

The Footballer of the Year sat down to react to some of the most memorable defensive moments we’ve seen over the years! 💪⬇️