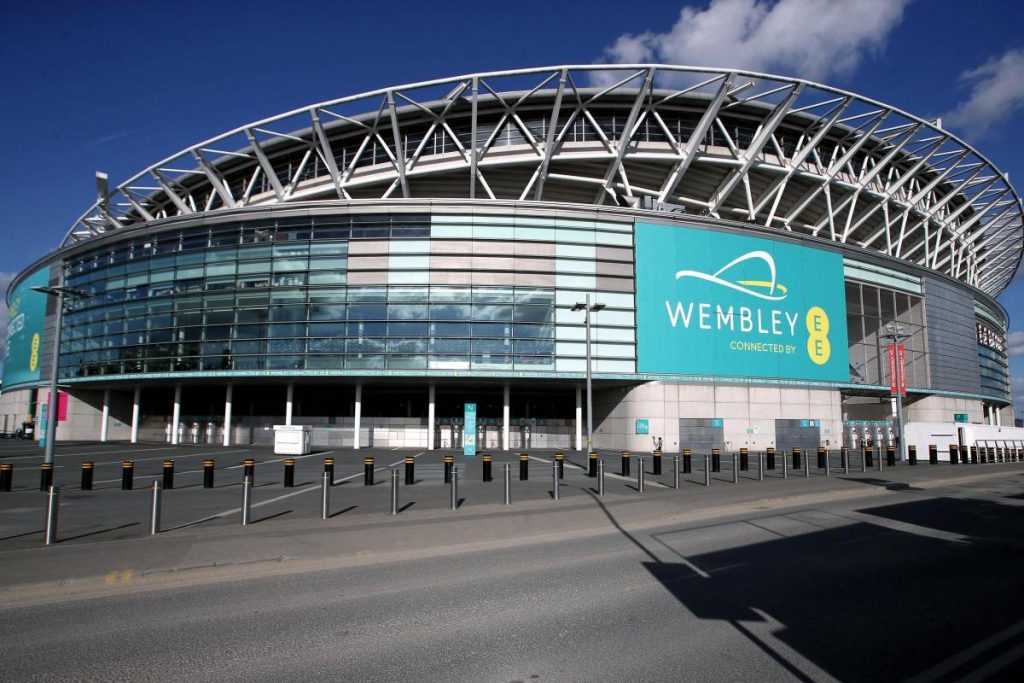 After all those promises – Tottenham fail again. Yes, they will be hosting Manchester City at Wembley this weekend instead of their new stadium. It brings disappointment, ain’t it? – Naah, just wait for when you hear, ‘the pitch at Wembley is causing concerns’.

Manchester City midfielder Kevin De Bruyne is all set to return to Premier League after sustaining training injury at the start of the season. But he is not eager to take the pitch on Tuesday against Tottenham.

De Bruyne believes that playing NFL game just 26 hours prior to the fixture will make it difficult for Cityzens to take field on the same grass.

Here is what De Bruyne had to say: “Yes [I have done it before], in a preseason, and it’s not nice. It’s going to be difficult. I’m not sure how it’s going to be. We hope it will be OK and that we can play like we normally do.”

Kevin returned into the starting eleven in the midweek when Manchester City managed to see off Shakthar comfortably. Pep decided to sub him off in the second half which makes it likely for Kevin De Bruyne to face Tottenham.

Tottenham come into the fixture after being bottled to draw by PSV in the midweek and Pochettino will have to be concerned about his game plans to face City. Okay we will continue about this in the build up to the Match.

Though, What do you think – Will the Pitch play negative part when Tottenham host Manchester City this Tuesday?