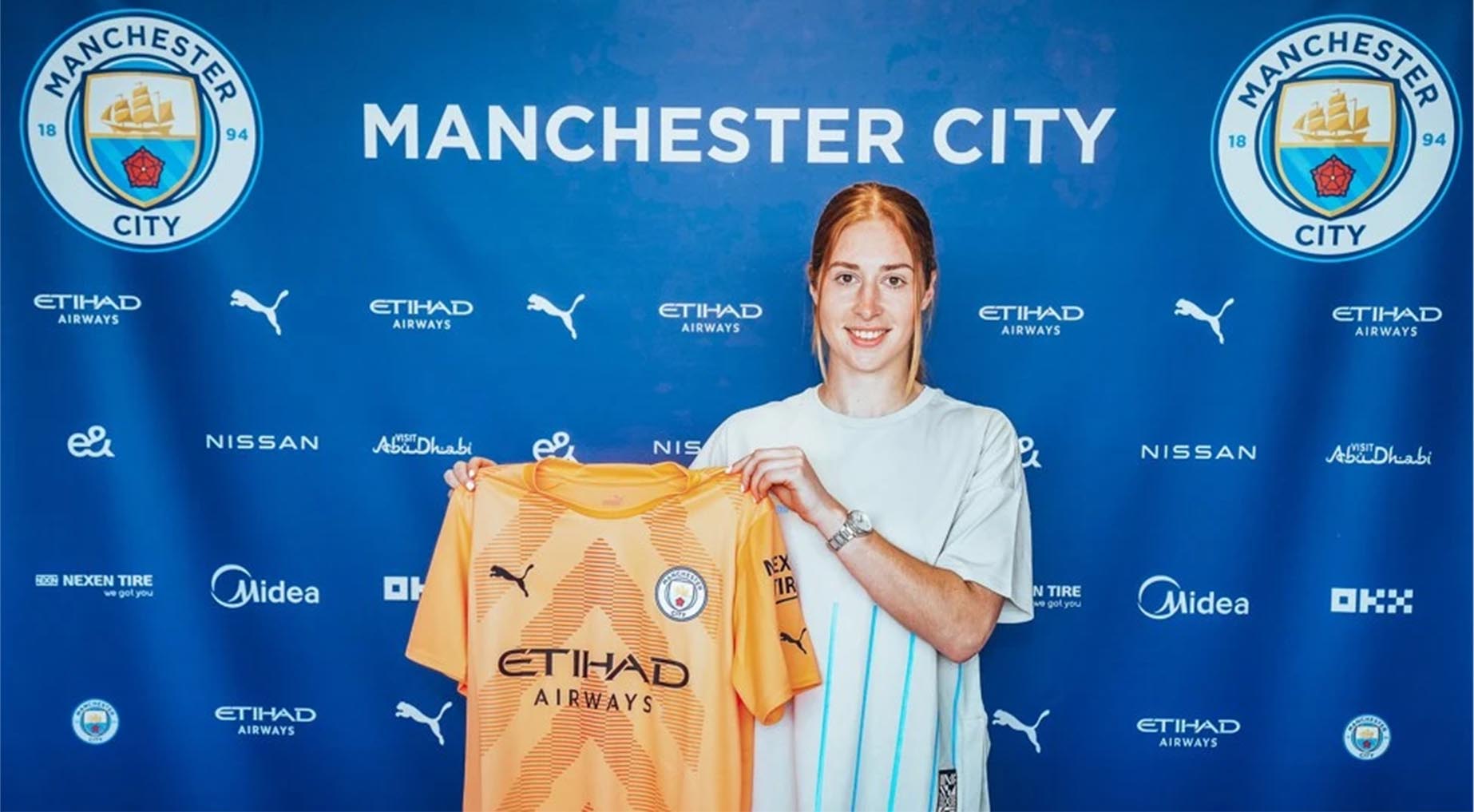 Manchester City Women have confirmed the signing of 23-year-old England international Sandy MacIver from Everton for an undisclosed fee. The goalkeeper rejoins Man City on a three-year deal, having spent her youth in 2015 before moving to the United States on a soccer scholarship with Clemson Tigers.

After signing with Manchester City, MacIver said: “I’m really happy to be back here, this time as a professional player – Manchester City is a world class club across the board, and I’m very much looking forward to being a part of that.

“I feel like it’s really important at this time in my career to take my game to the next level and being able to train and learn from the world-class players and coaches here will help me to do that.

“It’s a really ambitious club who aspire to win trophies on a regular basis, and that’s something I’m excited to be involved in over the coming seasons.”

We are delighted to announce the signing of @SandyMacIver_ on a three-year deal! 🧤

Head Coach Gareth Taylor added: “We’re so pleased to have been able to bring Sandy back to City – over the past few seasons, she has worked incredibly hard to establish herself as one of English football’s top goalkeepers.

“She is a player I’ve admired for a long time, but especially during my time in charge of the team so far – whenever we’ve come up against her, she has shown just what a talent she is.

“Whether it be for club or country, her dedication and commitment to her craft is clear to see and to have her and her fellow England compatriot in Ellie [Roebuck] working together and competing for that number one spot on a daily basis will be massively beneficial for both players.

“She has a very bright future ahead of her though and we’re excited to be on this journey alongside her over the coming years.”

Sandy MacIver becomes City’s fifth signing, as they have already signed Deyna Castellanos, Laia Aleixandri, Leila Ouahabi and Mary Fowler. She will be looking forward to challenge fellow England international  Ellie Roebuck for the no.1 spot at The Academy Stadium.

Before making her professional debut in February 2021, the Cheshire-born shot-stopper has represented England at various youth levels. She was in England’s preliminary squad but did not make the final 23-player roster for this month’s UEFA Women’s Euros, although she will be on standby if a major injury or sickness occurs during the competition.

“It’s disappointing. Getting back into the squad next season is an aim of mine but if you look at the three goalkeepers in the squad they’re there for a reason and deserve to be there,” she said exclusively to Sky Sports. “Being able to train with the squad was great, I’m disappointed I’m not there but for the next few weeks I’m England’s biggest fan and I’ll be cheering them on.

“The fact it’s a home Euros adds to the excitement, there’s definitely excitement in the squad and I believe this squad can go on and win it.”

She will be a bright talent for Manchester City, and it’ll be very interesting to see how she does next season and throughout her career.