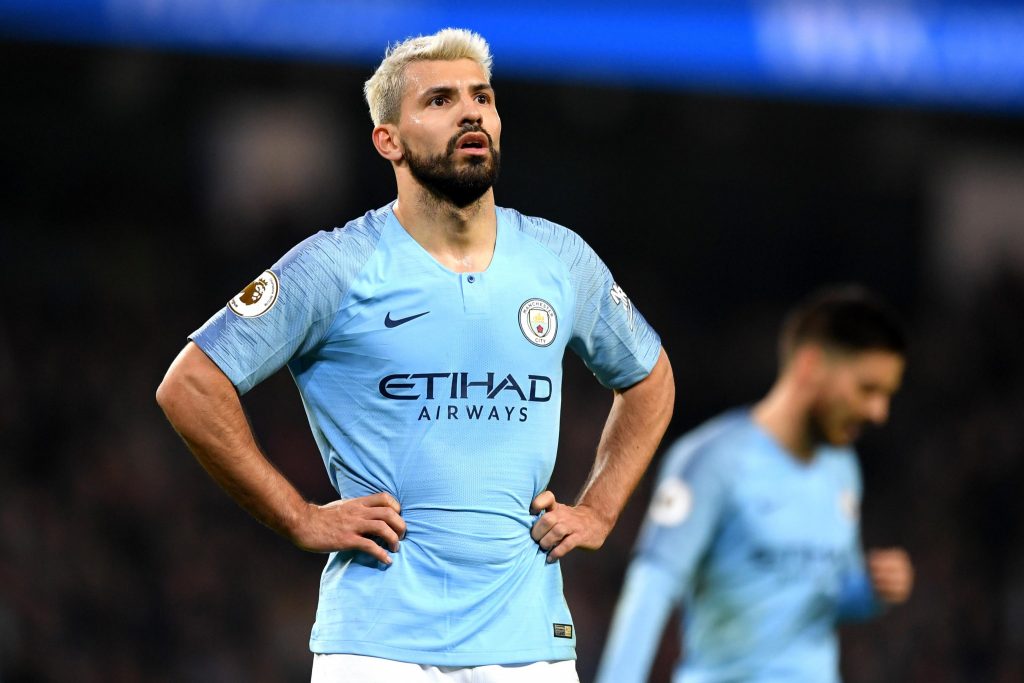 Manchester City top scorer Sergio Aguero is among the travelling squad to Wembley after he missed the midweek Premier League fixture against Cardiff owing to a lack of fitness.

City will take on Brighton and Hove Albion in Saturday’s FA cup semi-final to make it to the final of the competition for the first time since 2011.

Sergio Aguero who limped out of the 2-0 win at Fulham last weekend and did not train before the Cardiff game is close to full fitness and will travel with the rest of the squad.

“He is almost fit,” Guardiola confirmed. “He is travelling.”

While Benjamin Mendy is ready to fill the problem position of left-back for Pep Guardiola,with Oleksandr Zinchenko out injured. But now he has found himself out of favor. He featured only once for his side since November.

“Everybody has to help, not just Mendy,” Guardiola said.

“He has trained the last week, 10 days without problems.”

Meanwhile, the manager says reaching an FA Cup final would be a huge personal milestone.

“When I was young in Catalonia you saw the final of FA Cup more than Premier League games,” he said. “The tradition, the fans, the managers. I cannot deny how nice it would be for me personally.

“The club has won it five times and we want another one, so we will try.”