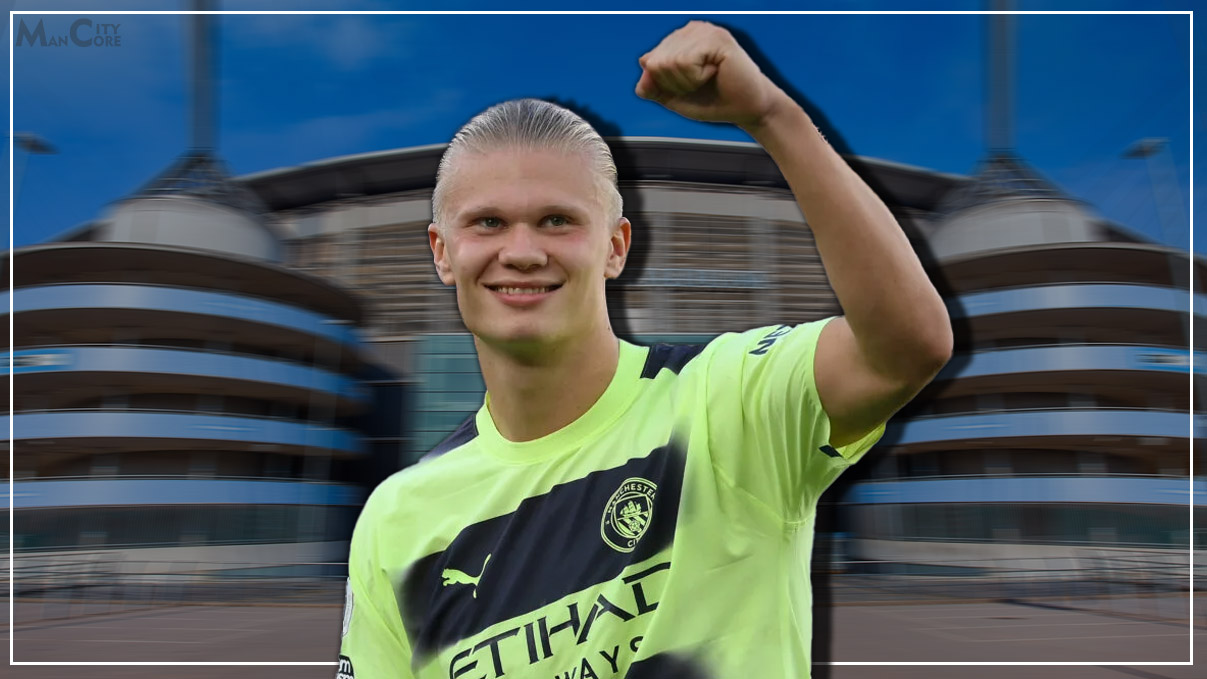 The new era for Manchester City has started on an excellent note. In the first game of the 2022/23 Premier League season, Man City faced West Ham at the London Stadium with new signing Erling Haaland leading the line.

The result? Two well-taken goals on either side of the half to announce his arrival to the PL.

For his first goal, Haaland chase a through pass and got brought down by substitute goalkeeper Alphonse Areola in the 36th minute. The Norwegian picked himself up and converted the spot kick, hitting his signature “meditation” celebration.

Off the mark in the @premierleague! 🤩#ManCity pic.twitter.com/gXpNP9Djl1

The second was a typical Haaland goal one-on-one with the keeper which had only one result.

This was a huge improvement on his showing in the Community Shield a week before where many fans felt he struggled with the style of play, intensity and physicality. Over the course of the game, pundits and fans alike realized that he may not have completely adapted to the Manchester City style of play despite them playing largely to his strengths. One particular moment that caught the eye was in the first half when Rodri had the ball and City #9 made a run expecting a ball over the top. The ball never came with Rodri choosing to pass back. Erling would need to check those runs with Kevin De Bruyne being the man with the magic feet.

All in all, his debut was exceptional and he could definitely have bagged a hattrick before being subbed later in the game. His first outing was a good one and showed his quality. There were divided opinions as to whether he would need time to adapt or would hit the ground running. From what we saw on Sunday he has definitely hit the ground running.