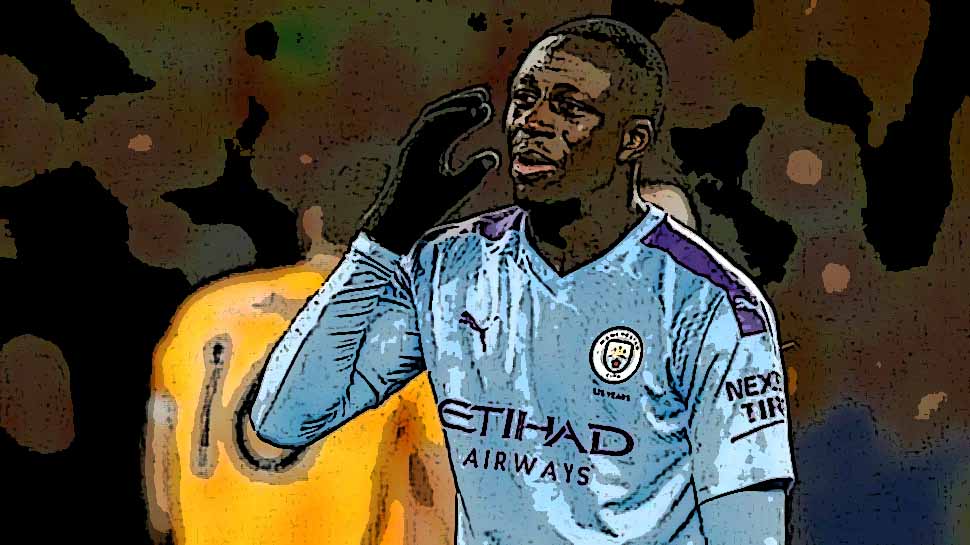 When Manchester City signed Benjamin Mendy, he was supposed to be the next big thing and the solution to the club’s left-back problem. Touted as one of the best attacking full-backs in the world, Mendy possessed all the qualities City needed for the role. Four years down the line and it’s been quite “a disaster” to put it mildly. Currently remanded in police custody and about to stand trial for rape and sexual assault, Mendy’s club career is all but over.

INJURIES: THE CURSE OF BENJAMIN MENDY

Fair to say Ben Mendy has struggled with injuries since joining Pep Guardiola’s fold. A thigh muscle injury kept the Frenchman out for a month making his adaptation difficult. A cruciate ligament rapture saw him miss 198 days of the 2017/18 season causing him to lose his place. Most players are never the same after such serious injuries and Mendy fell rapidly. Since the start of the 2018/19 season, the French fullback has missed 480 days through injury. He’s lost his place to Oleksandr Zinchenko and in more recent times to, Joao Cancelo with evidence showing that the manager does not completely trust him.

THE RAPE AND SEXUAL ASSAULT SCANDAL

In August this year news broke that Benjamin Mendy had been arrested in connection with the rape and sexual assault. With regards to the rape charges, Mendy is being charged with three counts of rape relating to an alleged incident in October 2020 and a similar charge for an incident that happened in August this year. The suspended City player has been denied bail on three occasions and continues to remain in police custody. He is yet to enter his pleas to the charges and is expected back in court in November at a plea and trial preparation hearing. His lawyers have continuously indicated that Mr. Mendy strenuously denies the allegations. The trial date has been set for 24th January 2022 and could take up to two and a half weeks depending on what happens between now and the trial date.

WHY HIS MANCHESTER CITY CAREER IS ALL BUT OVER

After the charges were made public, the club issued a statement indicating that the 27-year-old has been suspended “pending an investigation.” It is unclear whether or not that investigation has concluded and what findings the club may have come up with. It is increasingly likely that those findings won’t be made public anytime soon considering the club indicated that they would let legal proceedings run their course.

Even before this, Mendy was down the pecking order at City. He’s now been in custody for seven weeks and has had no access to training facilities meaning that he’s out of shape. Should this go to trial as is expected, he would ideally be out of action for almost 6 months. City have seemingly moved on from him with a few youngsters training more with the senior squad to complement the efforts of Olek Zinchenko and Cancelo. Manchester City could drop Benjamin Mendy like a hot potato should this go to trial leaving him with a tall order to rebuild his shattered reputation and damaged career.