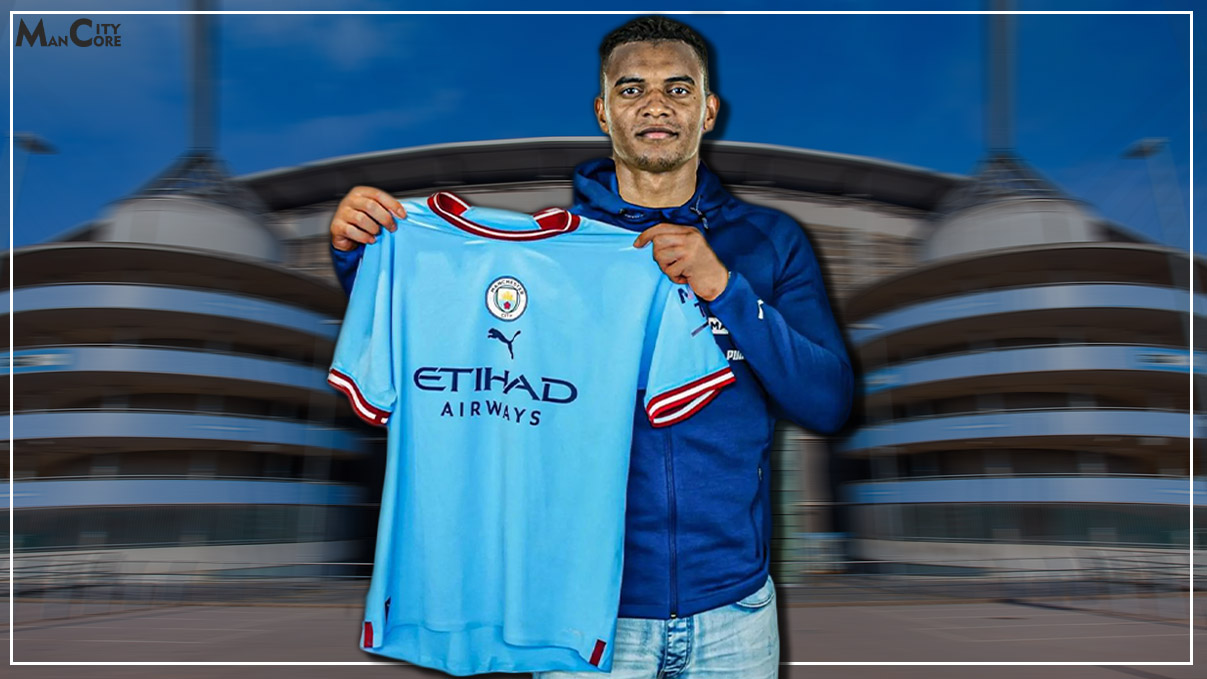 Manchester City are now closing in on signing Borussia Dortmund and Swiss International Manuel Akanji as reported by The Athletic.

🚨 EXCLUSIVE: Manchester City close to an agreement with Borussia Dortmund to sign centre-back Manuel Akanji. Optimism deal for Swiss int’l will be struck for €17.5m. 27yo was set to become a free agent next summer & #MCFC have pounced @TheAthleticUK #BVB https://t.co/izVyzDggA5

According to the report, Man City have jumped on the chance to sign Akanji who was on the verge of becoming a free agent in twelve months and now have agreed to a fee with Dortmund in the region of €17m (£14.6m) for the Swiss international.

Manchester City’s summer business looked nothing but done after securing the signatures of Erling Haaland, Kalvin Phillips, Stefan Ortega & Sergio Gómez this summer along with Julian Alvarez who was signed last winter. But when their head coach Pep Guardiola was quizzed whether they would sign any more players, he said, “I don’t know what is going to happen.”

So, this was a clear indication that if an interesting proposition arrives, The Citizens will once again dip in the transfer market

WHO IS MANUEL AKANJI?

Akanji, 27, was born in the town of Wiesendangen in the district of Winterthur. At age 19, he was snapped up by Swiss supergiants Basel. He made eight appearances in his first full campaign as a professional despite injuries limiting his gametime.

Subsequent seasons at Basel saw him win the league champions medal in 2015-16 and 2016-17, as well as a Swiss Cup, before being approached by Borussia Dortmund midway through the 2017-18 season.

Manuel Akanji is a bit like Manchester City great Vincent Kompany. He has a strong physical presence, standing at 188 cm (6ft 1inches). He can play with both feet and has served in a variety of roles during his time at the Westfalenstadion.

His first two years were not as easy as one might imagine. Injuries and mistakes were a regular part of Manuel’s game, and he lost his starting spot to compatriot Mats Hummels, who had recently joined the club from the Bavarians after Abdou Diallo left in 2019.

But Lucien Favre’s arrival at the club changed his fortunes. The manager saw how to get the most out of Akanji and deployed a 3-man defence with Akanji on the left side of the centeral defender. With the responsibility of looking gone, Akanji began to excel in this capacity, displaying his ball-playing and one-on-one defence abilities.

During the tenures of interim manager Edin Terzic and new manager Marco Rose, Akanji became a vocal leader and each time he missed a game due to injury or another reason, the defensive forms of the Dortmund team changed dramatically. They allowed more goals, and the transition from defence to midfield was significantly less than he used to be on the pitch.

In a chaotic Dortmund side, Akanji’s skills truly stood out. His incredible stature allows him to be dominant aerially, and he also has excellent game reading skills. He also excels at executing both short and long passes out from the back. With an incredible accuracy of 82%, he pings the long ball 6.6 times on average each game, and he completes short passes with a 93% accuracy rate.

Because of his ability to read the game, the Swiss know when to leave his areas and start dribbling with the ball to transition the ball forward. Defensively, he’s a beast, gaining back possession 51% of the time (the most in Europe’s top five leagues) and completing roughly four defensive actions every game, which is quite good.

The Italian great Chiellini spoke in late 2021 about Akanji with admiration, “Akanji has always intrigued me because he’s not finished article yet. He’s still got a little way to go but, for me, he’s now nearing an age where he he can really hit his peak.”

WHY DOES MANCHESTER CITY NEED HIM?

As usual, Guardiola’s men have had an amazing start to the season. They have won three games and drawn one.

New signing Erling Haaland as everyone predicted has hit the ground running. In the first four league games of his City career, he had six goals and an assist. Any reservations that people had after he put in an adequate performance against Liverpool in the FA Community Shield have gradually dissipated. Manchester City would not have won two games in a row without his exploits, and they would have likely lost four critical points in these early stages.

But the issue that has begun to surface is Manchester City’s defence. They have now shipped in five goals in four games, although xG indicates that this should have been just 2.67 goals conceded in these games. When asked about his team’s defensive shortcomings, Guardiola stated, “It is completely the opposite, as far away from your goal you are much safer. We have proved this in six years, as part of winning the Premier League we have conceded few goals playing this way. We are going to adjust something; it is normal in this period. We are scoring a lot of goals as well and, at the same time, we are conceding a lot and if we don’t stop that it will be difficult. You can’t always score four or five goals to win a game for a few months. We must be better.”

The coach is concerned and rightly so. Add to that the injuries to first-team regulars like Aymeric Laporte who is currently still recovering from knee surgery and Nathan Ake is now sidelined with a groin injury sustained against Newcastle. John Stones and Ruben Dias are now the club’s only recognized centre-back at the club and any major injury will seriously hamper their squad and bring back the season in which Fernandinho had to be deployed at the centre of the defence after Laporte suffered a big injury in the initial stages of that season.

This looks like Txiki Begiristain has once again outsmarted his competitors. He is genuinely exceptional at identifying the type of players that would fit in at Manchester City and under Pep Guardiola.

Akanji is at a very good age. The German pair of Nico Schlotterbeck & Niklas Süle have been bought in by Dortmund this summer to prepare for the exit of Akanji and Hummels who are now entering the final years of their contracts. He will provide excellent competition to Dias and Laporte for the first team places and can easily slot in the place of the French turned Spanish national as he is a bit more like him.