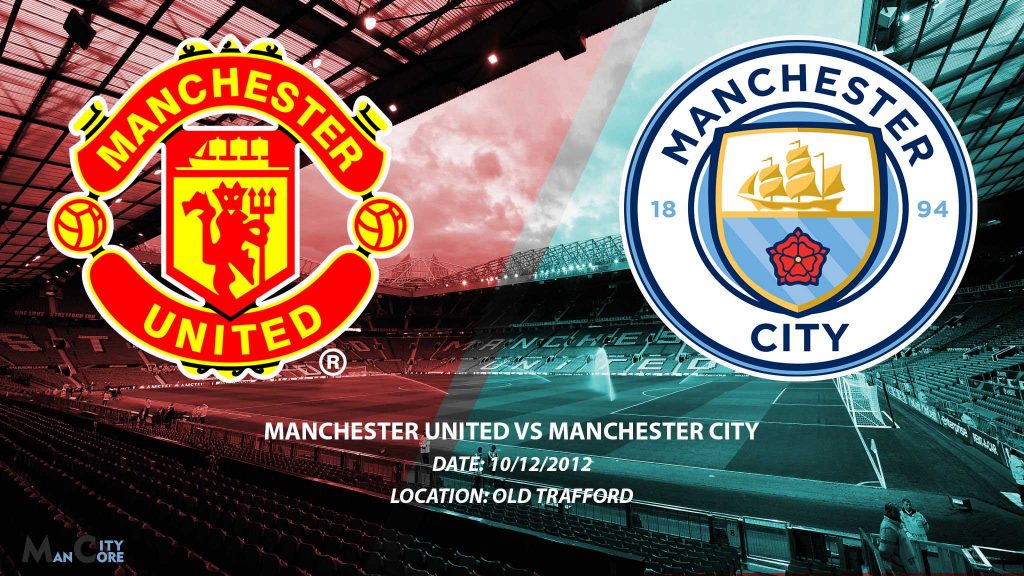 With a victory over rivals Manchester United at Old Trafford, the boys in Blues made history. They became the first team to win 14 consecutive matches within the same season equaling record of 14 wins in a row, set by Arsenal across two campaigns in 2002.

The visitors go 11 points ahead at the top of the Premier League. 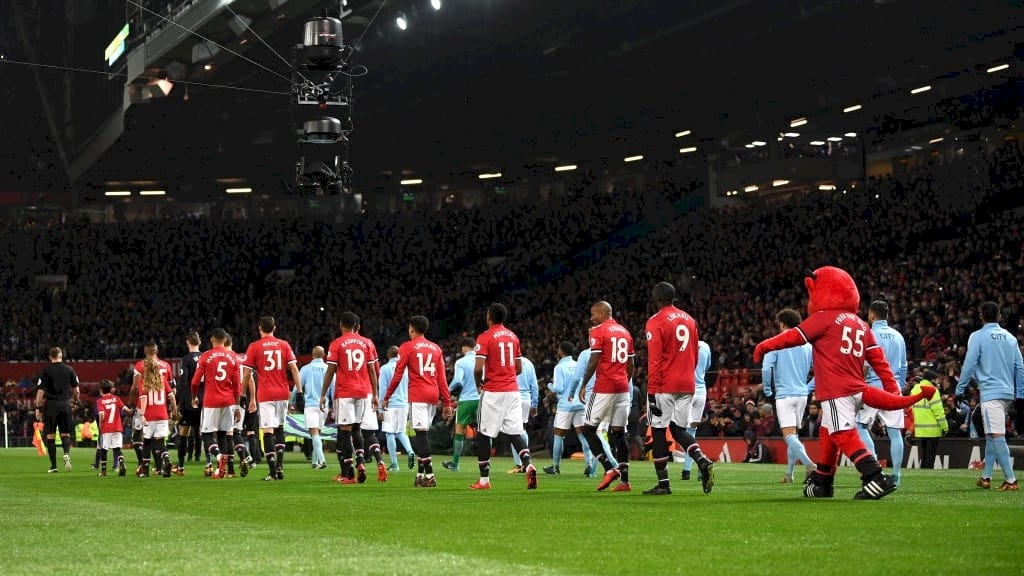 In the second-half David Silva’s free kick attempts to clear by Lukaku but hits his own man and the ball falls into Nicolas Otamendi’s path. He smashes it past De Gea to regain the lead. Though the key moment of 175th Manchester Derby came when Romelu Lukaku and Juan Mata unable from snatching a point in second-half stoppage time, incredible double save from Ederson Moraes. He had some treatment after that. Guardiola’s City get better of Mourinho’s United as the visitors looks to make history this season. 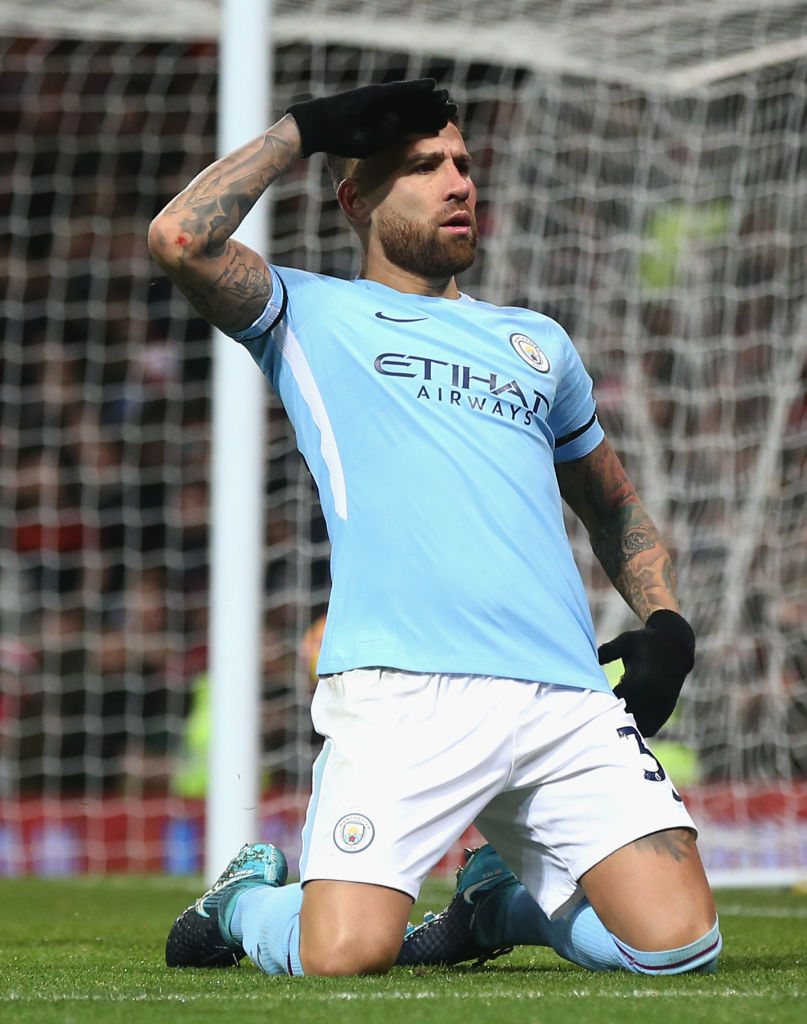 “It’s probably the sweetest win of the lot. Derbies are always like this – hectic and end-to-end. We had a gameplan and stuck to it. The fans are happy. It’s far too early (to talk of titles). I’ve said in the past: we’re taking each game as it comes. We’re not looking to the past or the future – just to the day.”

On United’s goal: “I thought Nicolas Otamendi had won the header. I’m learning on the job, game by game. I anticipated him winning the header but it bounced off me. I was surprised. It hit my leg and they scored but thankfully, I have teammates on this team who can pull me out of the water and they’ve done well for me today!”

“(It was a important win) just to put more pressure on the rest. A lot of teams lost points this weekend so it was a big one for us. We will enjoy it and then focus on Wednesday’s game. We have to keep going.”

Questioned whether he was pleased with how the game panned out: “If you come away with a 1-0 lead, yes – at 1-1, no.That’s the way it goes. There were two teams with a lot of quality. It was a nice game to watch with the intensity and the duels. A real derby.”

“It’s a big gap. If we’d have slipped up, we’d still be in the lead. We need to do the same again and keep focused. We want to win the title and go forward, doing the same. We have to be focused. We can talk about the title later but I prefer to be 11 points ahead than 11 points behind!”

“It was a clear penalty on Herrera. The referee made one mistake which determined the result of the match. They scored two very bad goals. When you concede two goals like this, you feel bad.”

Manchester City are unbeaten in the Premier League this season dropping only two points in draw against Everton in August. They are eight points clear at the top of the table, with Red devils currently in second place.

The game will be played at Old Trafford on Sunday 10 December, kick-off at 4.30pm (GMT).

Jose Mourinho side who have remained unbeaten in 40 home games in all competitions will be without Paul Pogba due to suspension after being sent off at 74th minute of the match against Arsenal.

Manchester United will be without Captain Michael Carrick and defender Eric Bailly.

Benjamin Mendy is long-term absentee joining John Stones on the sidelines. The King of assist David Silva has fully recovered and is ready to face United. While The Blues captain is doubtful.

“The doctor told me in the beginning of the week there was a doubt about him playing but today he arrived and said he felt really good, so he’s going to play.”

“Kompany before the game against Shakhtar felt something and was not comfortable, and that’s why he could not play.

“He knows his body better than anyone.

“He felt something and couldn’t play against Donetsk. I wanted him to play to get rhythm before Old Trafford.

“Tomorrow we will know if he can play.”

Fabian Delph who was suffering  from a fever earlier this week faces late fitness tests.

“[Fabian] Delph was sick, he vomited and had a fever and that’s why he couldn’t play.

“Kyle [Walker] and Nico [Otamendi] were the only guys who could play [against Shakhtar] who didn’t.

“Today is their day off, so I don’t know the other players but tomorrow I will check the others’ condition.”

Jose Mourinho: “It’s a big match against one of the best teams in the country. We are a better team than last year – I think City are also better than last season.”

Pep Guardiola: “Going to Old Trafford is a pleasure. That’s why we are here. I will enjoy it, definitely. I am looking forward to arriving and playing.”