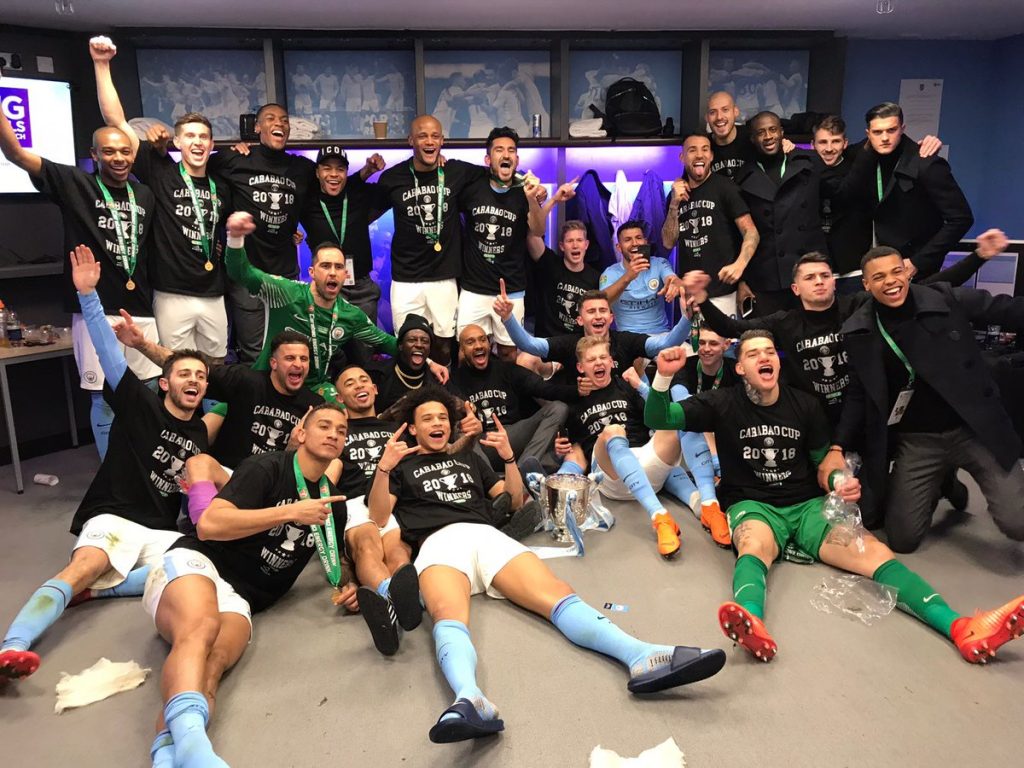 After Pep Guardiola earns his first trophy as Manchester City manager at Carabao Cup Final, The Boss set sights on 16-points lead in Premier League when they visits Emirates Stadium on Thursday.

Their nearest league rivals at the moment, Manchester United and Liverpool, both claimed victories over the weekend. United beat Antonio Conte’s Chelsea 2-1, while Liverpool, as can be seen on www.lfczone.com, became only the second team after Pep Guardiola’s men to pass the 100 goal mark across all competitions in their 4-1 demolition of West Ham at Anfield.

The game between Arsenal and Manchester City will be played at Emirates Stadium on Thursday, 1st March with kick-off  19:45 GMT

Nacho Monreals service will be doubtful for The Gunners and Alex Iwobi is expected to return back into starting line up after pulling his hamstring against Ostersund.

Alexandre Lacazette will be unavailable for the fixture but has given positive signs and can be expected back before time. Henrikh Mkhitaryan will return to starting lineup after missing out on Carabao Cup fixture being cup tied.

For the visitors, Manchester City winger Raheem Sterling and Fernandinho is doubtful. Fabain Delph remains suspended. Gabriel Jesus who makes his return as a substitute in EFL final could feature in the game. Ederson Moraes should start between the sticks. Left-back Benjamin Mendy is still out.