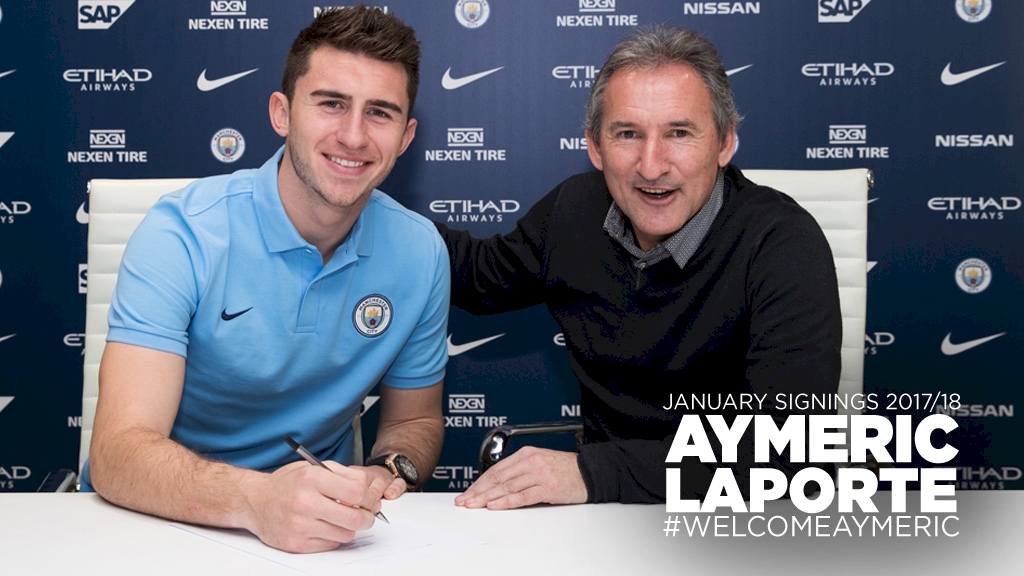 Manchester City have completed the signing of Aymeric Laporte from Athletic Bilbao after triggering his buyout clause of £57.1.

“I am very happy to be here,” Laporte told to Manchester City’s Official website after completing his move.

“City are a Club with a lot of ambition and they are one of the best teams in Europe.

“I am looking forward to working under Pep Guardiola and trying to help the Club to achieve success.

“It means a lot that the Club have shown faith in me and I am excited to get started.”

Pep Guardiola is delighted to get Laporte in his ranks as the Catalan praised Laporte’s quality. – “He’s played since a young age in La Liga so at a high level. He’s strong in the air and fast. He’s got good quality and we are delighted.”