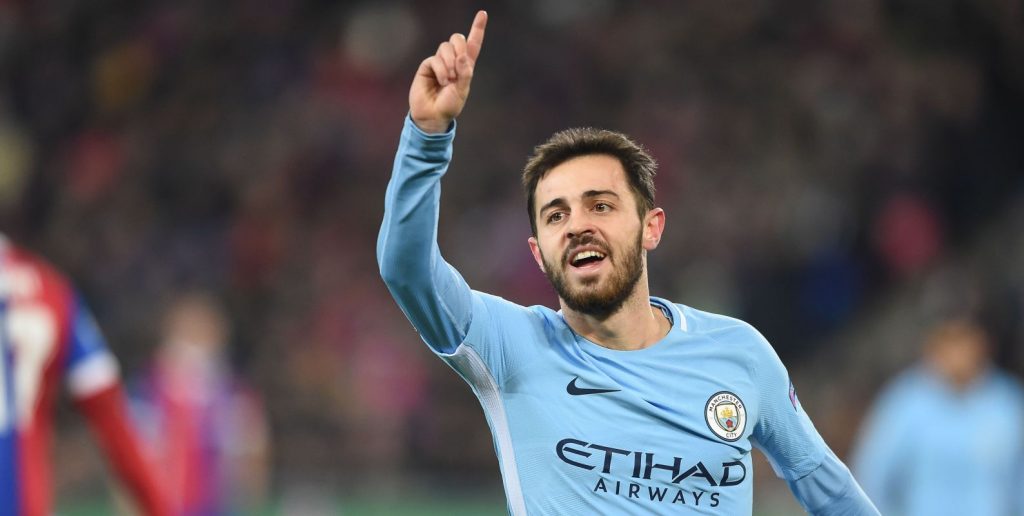 2008. On 11th of May, in Estadio da Luz, Benfica’s home stadium in Lisbon, football legend Rui Costa was entering the pitch for the last time. The game was against Vitoria de Setubal and it ended 3-0, but the moment of the game was when the crowd rose at the 86th minute, when the “Maestro” was substituted and left the pitch crying. Meanwhile, on the sidelines, an eagerly curious ball boy was taking a last look at his idol, for the first time in the eagles shirt. Today we know that boy as Bernardo Silva, yes, you read it right we are talking about Manchester City’s midfield prodigy Bernardo Silva.

This curious finding was spotted by a Benfica fan with a keen eye on Twitter. User @StillChu noticed the young lad sitting on the bench, holding a ball, behind Rui Costa, and raised a question about the possibility of that boy being Bernardo. The Citizen footballer answered a few minutes later confirming that it was in fact him.

The last match of Rui Costa, and the ball boy behind him looks like Bernardo Silva? @BernardoCSilva #Benfica pic.twitter.com/YGZfX00RAe

Bernardo Silva claimed in an interview, while he was still at Monaco, that growing up his football idol was Rui Costa. “He was one of the best players in Portugal, and he played on Benfica. Then he went to Italy, where he did great things, before ending the career in Benfica”, he said. The young Portuguese superstar emphasized at the time, his desire of ending his career in Benfica, although we are hopeful he stays in Manchester City for a long time.

Born in the Portuguese capital, Lisbon, Bernardo joined Benfica youth squad when he was just 8 years old but struggled to get into the main team when he was older. He spent a couple of seasons in Benfica B, which is similar to the under 23 system in England, where he scored 7 and assisted 7 in 38 appearances. Later he was featured three times with the seniors but failed to impress coach Jorge Jesus, who somehow insisted in trying him as a leftback.

In 2014, with football agent Jorge Mendes behind the scenes, he was presented with the opportunity of moving to Monaco on loan for a season. Impressing during his short spell in Ligue 1, Monaco decided to pay 15 million to Benfica for him and another Benfica youngster, Ivan Cavaleiro, currently at Wolverhampton. 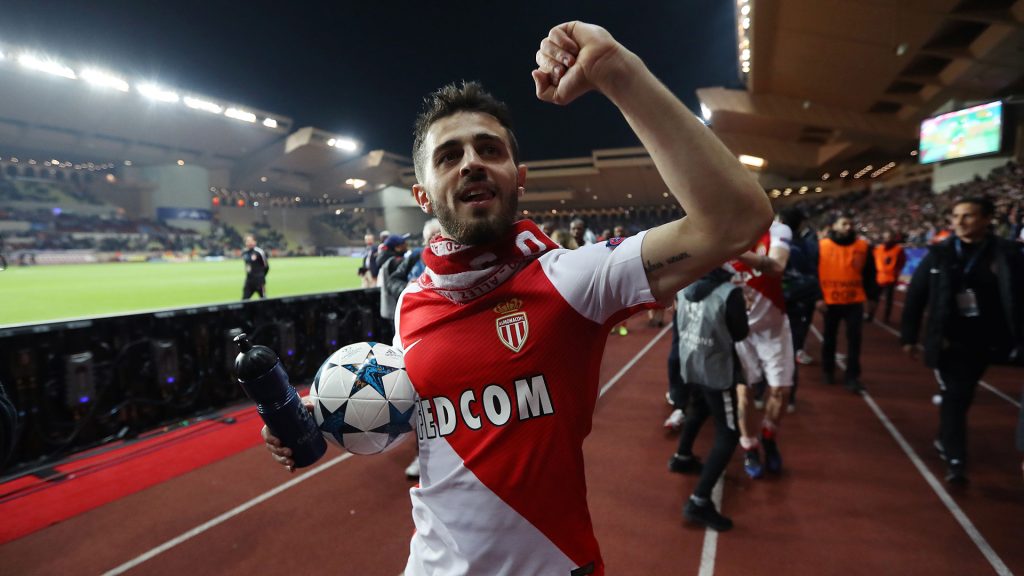 In Monaco, Bernardo Silva was part of the golden generation coached by Leonardo Jardim, that also brought us Benjamin Mendy, alongside other football world class gems such as Kylian Mbappé. Becoming a prolific attacking midfielder, Bernardo helped the club in 2017 to break PSG spell and win the Ligue 1, achieving also the semifinals of Champions League, eliminating Manchester City along the way.

During 148 games for Les Rouge et Blanc, the left footed Portuguese scored 28 goals and registered also 19 assists. However, it was his game vision and pass accuracy that impressed coach Pep Guardiola, who requested him to be one of his key signings to achieve Premier League glory.

Pep wasn’t wrong, Bernardo has a pass success percentage of 86.3% as of now, higher than Leroy Sané, Kevin De Bruyne or Raheem Sterling. The 24 year old adapted perfectly to Pep’s system, who adapted him to the right wing position, where he helped to win the Premier League title last season, registering so far 17 goals and 18 assists in 87 games.

Ahead of an important clash with Schalke for the Champions League, Bernardo will be eager to help the team, after underlining on an interview to a Portuguese newspaper, that he aspires to win the most desired trophy in European club football. “I do not look for the Ballon D’Or, my objectives are collective, such as achieving another Premier League trophy or the Champions League”, he admitted.

Manchester City are currently sitting first on the league, with one less game than Liverpool, so let’s hope (if we are not too greedy) that both of Bernardo Silva wishes are accomplished soon.