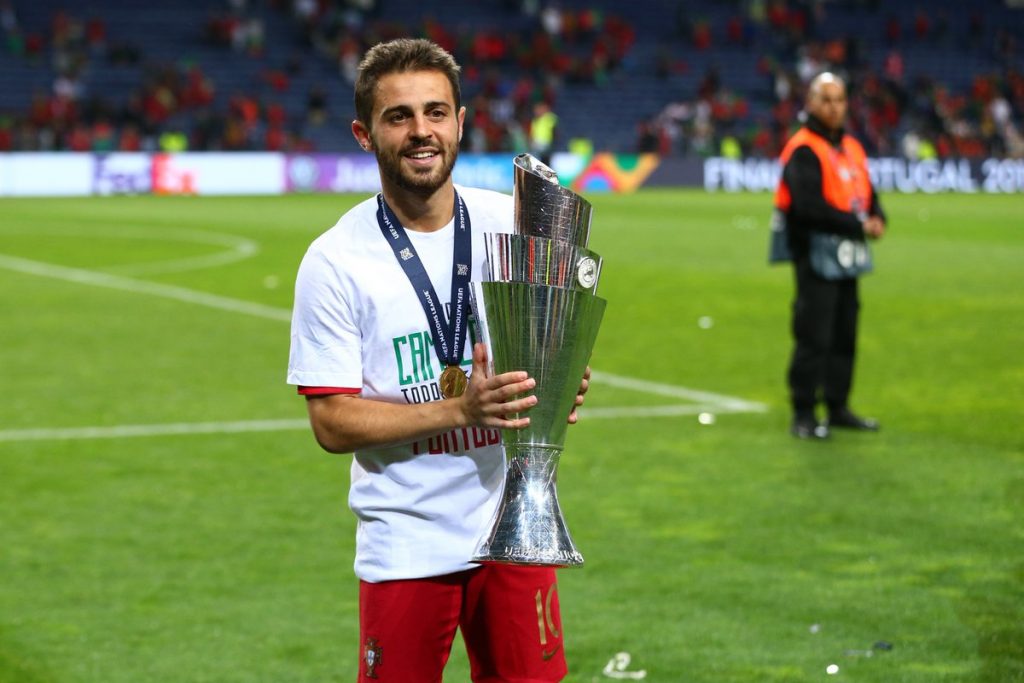 The ritual of Ballon D’or needs to be altered. The traditional deities of the award are on the verge of decline therefore claiming renewal of interest for new priests to come. There are many that may come in our mind who’ll be the future receivers of this prestigious award.

Neymar, Kylian Mbappe and a few more are on the A list of receiving the award. But the one who critics/pundits overlook is Bernardo Silva. The Portuguese midfielder has been sensational since last two years and have had a rather glorious run than others running for glory after Messi and Ronaldo’s retirement.

Lionel Messi and Cristiano Ronaldo have had a strangle-hold on the coveted Ballon d’Or for an entire decade. Though Luka Modric claiming the award last year, Bernardo Silva could be next in line to leave a long-lasting dynasty on the world-famous prize.

According to former Portugal star and present legend Paulo Futre, Bernardo is best suited to bring Ballon D’or in Portugal.

“I think Bernardo will be the next star, or he will be when Ronaldo and Messi start to decline,” he told Omnisport.

“I think Bernardo will be one of those who will be ready to win the Ballon d’Or, because he is a player with a lot of responsibility in a great team like Manchester City.

“He will continue to grow and in two or three years, when Messi and Cristiano retire, I think he can be one of the big favourites to win the Ballon d’Or.”

Over last two years, Silva has been constructive to bring domestic trophy at home. His performance in this season was more better than the previous one where he scored 7 goals and indirectly contributed in 8 for the team.

With 10 more years under his belt, Bernardo could fancy more than a couple awards to be won. The Portuguese midfielder is tipped to become one important unit for Manchester City and also Portugal’s future.