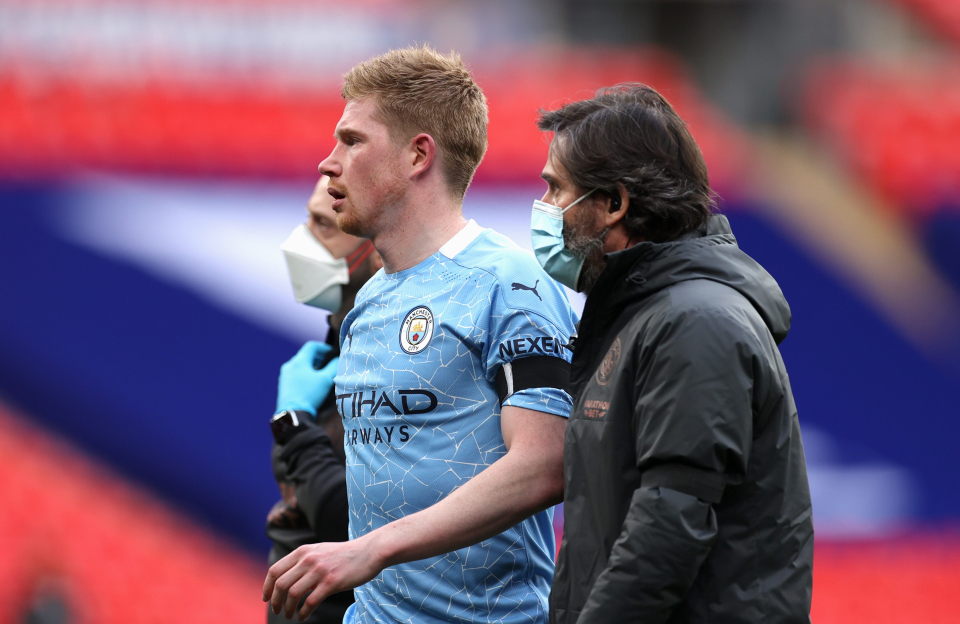 Manchester City vice-captain, Kevin De Bruyne was substituted early on in the second half of the FA Cup semi-final clash with Chelsea. The Belgian suffered what appeared to be an ankle injury after a passage of play on the right side of the City attack.

The player went down and looked like a man who knew his game was done. Replays show a roll of the ankle as he tried to keep the ball from Chelsea’s N’golo Kanté early in the second half. He was replaced by Phil Foden as the Cityzens went on to lose the tie, dashing their hopes of a historic quadruple.

In the post-match press conference, City boss Pep Guardiola reported that Kevin De Bruyne was in quite a lot of pain and it is uncertain how bad the injury is. “I don’t know – he has pain.” Guardiola told the Manchester Evening News. “Tomorrow (Sunday) we’re going to make a test with the doctors but it doesn’t look good. We will see tomorrow.”

The Belgian international was assessed on Sunday and the Cityzens have received a major fitness boost as KDB’s initial assessment on his ankle injury has shown ‘no significant damage’, according to the latest emerging information from Mike McGrath of the Telegraph.

This can rule him out of City’s game against Aston Villa in midweek with the Wembley showdown against Tottenham Hotspur in the Carabao Cup final in mind.

A more clear update on the situation is expected when Pep Guardiola addresses the media on Tuesday, ahead of City’s game with a resurgent Aston Villa.