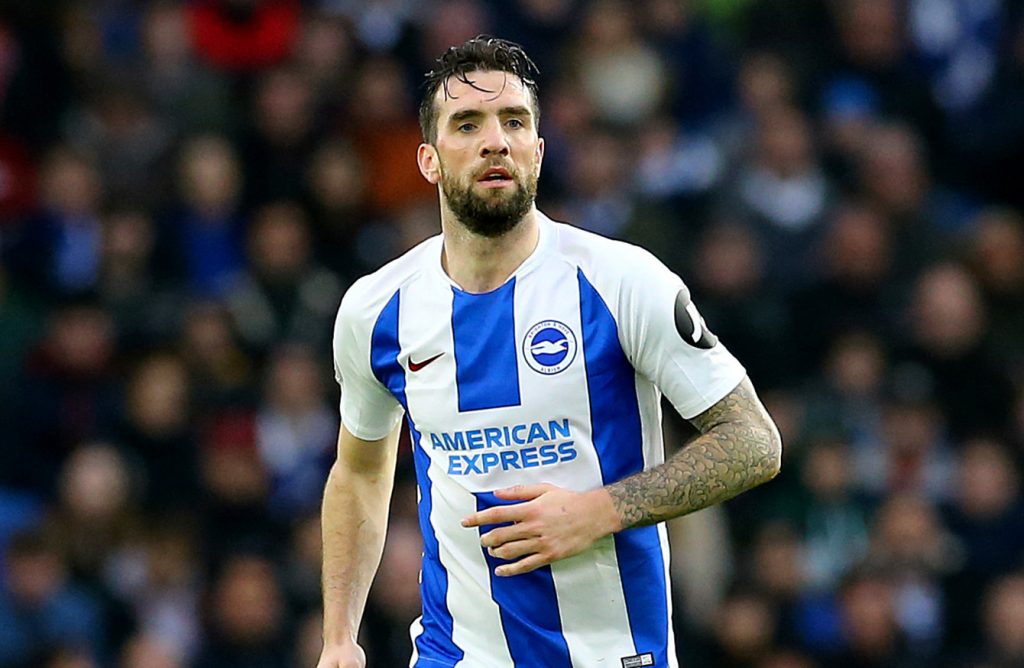 Brighton and Hove Albion defender Shane Duffy has admitted that he is keen on stopping Manchester City from winning the Premier League title on Sunday despite the fact that he has played for Merseyside club Everton in the past.

Pep Guardiola’s Manchester City are just one win away from securing back to back Premier League titles on Sunday. However, a draw or loss and a win for Liverpool over Wolverhampton Wanderers would see the Reds lift the trophy after 29 long years.

Manchester City makes the trip to the American Express Community Stadium on Sunday afternoon hoping to earn three points and confirm their position at the top of the table at the end of this thrilling campaign. But Brighton defender Shane Duffy has revealed that he is not going to allow the Blue half of Manchester an easy chance to lift the trophy.

Duffy previously donned an Everton jersey and is well aware of the hatred between Liverpool and the Toffees but the 27-year-old has claimed that he will be professional and on guard when Manchester City visit the Seagulls at the weekend.

The Irish central defender stated that it will be a tough game for Brighton but his teammates are eager to spoil the party for Manchester City on the final day of the season, ‘It’s a very difficult game and as players you just hope it doesn’t come off for them and we have a game where it happens for us. We are underdogs. All the players are excited to spoil the party if you could say that, but it’s down to us. We want to do this club proud and win these three points. I am a (fan of Everton). I owe a lot to that club. I’ve had a few Everton fans texting me, “Let them through!” But I’m professional; I’m not at Everton anymore.’