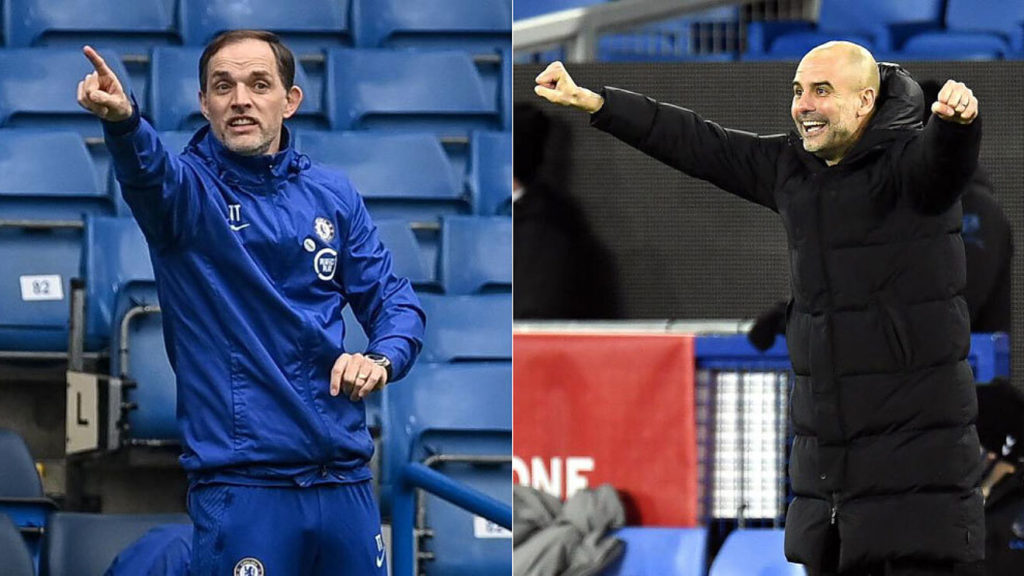 It’s that time of the year again and Wembley is ready to host the final stretch of the FA Cup. Saturday night brings two of the best teams in the league together in warfare for a place in the final. Manchester City and Chelsea come into this game after securing semi-final qualification in the UEFA Champions League.

This game for Chelsea starts a run of five games between now and 1st May and is a key run of fixtures. The FA Cup is a historic competition and the blues are looking for another triumph, their first since 2018. Manchester City on the other hand are on track for a quadruple this season and know that this game is like a final.

Mateo Kovacic remains out of this game for the Blues after picking up a hamstring injury earlier this week. Andreas Christensen is also out of the game but N’golo Kanté is fit to play 90 minutes again.

Sergio Aguero is the only absentee for Saturday night’s game. Pep Guardiola otherwise has a full squad to choose from.

Chelsea have one chance to do what only 10 other teams have done all season, stop Pep Guardiola’s side from winning. The formula for this to be possible is simple: press City’s backline, stay compact and keep them from getting in behind. Taking chances in this game is the best way to match City, who are capable of turning up the heat. Thomas Tuchel is expected to make a few changes in the side and give a few fringe players minutes, as the business end of the season clicks into gear. Tammy Abraham has four goals in this year’s FA Cup and has contributed to the Blues’ efficiency in front of the goal.

Pep Guardiola will be wary of the threat Chelsea possesses across all areas of the pitch. His side exertions midweek against Dortmund showed City can easily pop up with a goal against the run of play. The key to beating Chelsea is preventing their center-backs from having enough time on the ball. For this to work, players like Gabriel Jesus and Riyad Mahrez would have to press high but in a synchronized manner to prevent huge gaps between them and the City midfield. Chelsea have looked very solid defensively in recent months and the Cityzens’ creative lynchpin, Kevin De Bruyne, would need to produce the magic spark against his former side.

Both sides have an equal chance of winning this tie. Both sets of players will be dreaming of a return to Wembley in May for the final. Chelsea will be looking for a second consecutive final appearance, while City will look for a chance to compete in another FA Cup final.