There are trouble days going on in Barcelona as after exit of Neymar now Their Hero Leo Messi is considering his future with Barcelona after Premier League big spenders Manchester City held talk with Player’s representatives,according to Daily Record.

Messi has scored 508 goals in 585 appearances since featuring for Barcelona in 2004, in that period winning Eight La Liga titles and Four Champions League titles emerging as Greatest Of All Time.

Its claimed that Leo is increasingly growing frustrated at Camp Nou, especially his companion Neymar being sold to Paris-Saint Germain last month. 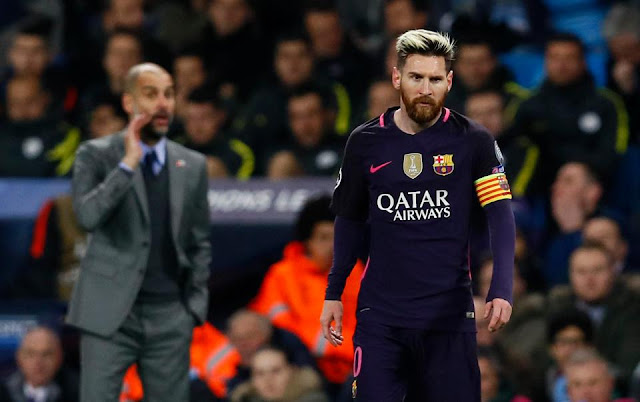 The Daily Reports claim that meeting between Leo Messi representatives and Manchester City chiefs was held last week where the City chiefs enquired about possibility of getting the Hero of Argentina to England.

Catalans are seriously failing to bring quality in transfer market, where Dortmund refused to sell Dembele and failed to sign Coutinho from Liverpool.