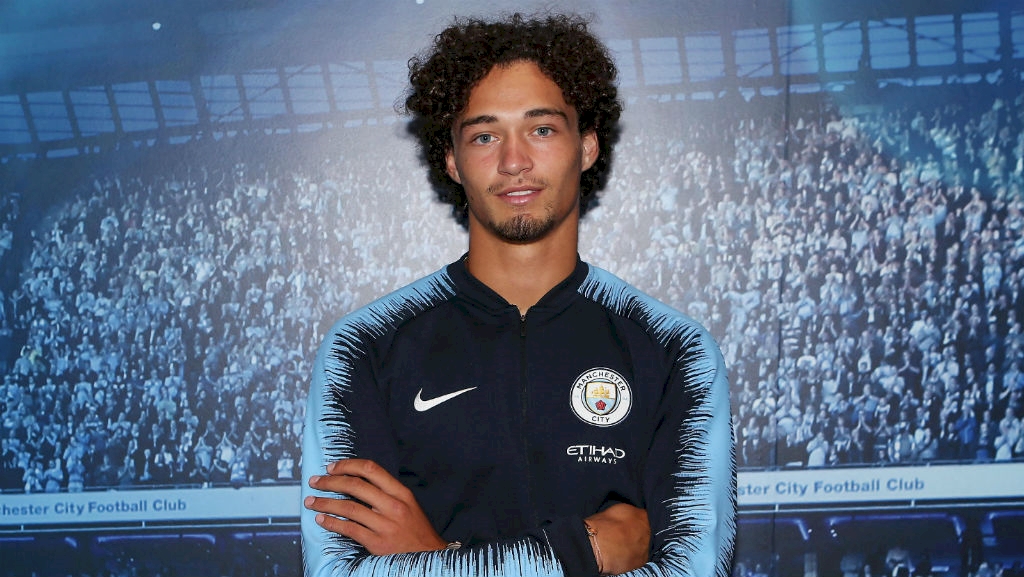 Philippe Sandler came up through Ajax’s famous youth academy and has been capped for the Netherlands’ U20s side.

The 21-year-old, comes from Eredivisie team PEC Zwolle and the fee reported around 3 million euros ($3.51 million).

Manchester City confirmed signing of Philippe Sandler with a short statement on their official website.

“Manchester City are delighted to confirm the signing of Dutch defender Philippe Sandler.

“The 21-year-old, a product of the Ajax youth system and capped for his national U20s side, has moved from Eredivisie team PEC Zwolle.

“At 6ft 2in tall Sandler is a commanding presence at centre-back, while also comfortable in a holding midfield role.

“Everyone at City would like to welcome him to the Club.”

Sandler is been compared to fellow countryman Virgil Van Dijk. Philippe agreed move to Manchester City in March, and the starlet described the transfer as ‘fairy-tale’.

He said: “I heard that scouts from Manchester City were watching me, but you do not expect as a player to go from PEC Zwolle to City .

“I thought initially that they were keeping tabs on me and did not expect them to approach me or PEC Zwolle during the winter break to transfer to the club.

“But that is what happened and I am delighted.

“City scouts came to Amsterdam for talks, and they showed how they go about their business and I was very impressed with the plans that they have for me.

“I am really positive about my impending transfer, it’s like a fairy-tale.

“The best manager in the world, Pep Guardiola, is currently in charge there, and he can teach me a lot, and also the style in which they play football attracts me a lot.

“I watch a lot of football and City are in great form this season, blowing teams away with great football in the Premier League and the Champions League.

“I enjoy watching them, and not just because I will transfer to the club this summer. Although I do look forward to facing Sergio Aguero on the training ground!”