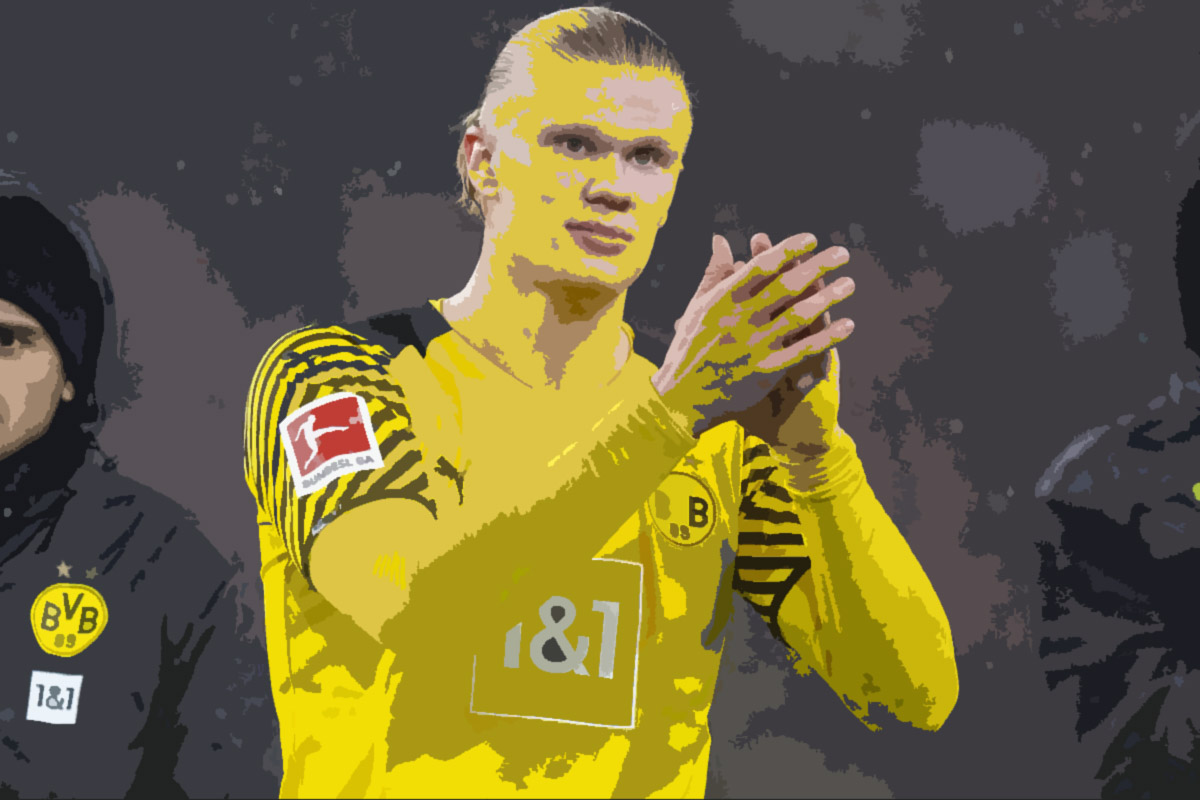 One such player who has been linked with a summer move to the Etihad is Borussia Dortmund striker, Erling Haaland.

Haaland (21), has been on the radar of some of the top European sides since his emergence in 2019 with Red Bull Salzburg. Considered one of the best and deadliest goal poachers in the world, he has scored 75 goals in 80 games for his clubs since the start of 2019 giving him 0.94 goals to game ratio. He was linked with a move to Real Madrid, Manchester City, Chelsea and PSG among a host of other clubs. A move did not end up materializing due to Dortmund’s high asking price and the player’s unwillingness to force a move. All that could change with the player reportedly ready to move to a bigger club in search of silverware.

Any club interested in signing the Norwegian would need to cough up his release clause which is reportedly pegged at £63m. A new claim emanating from Germany indicates that the said release clause needs to be triggered by 30th April 2022.

After the expiration of this clause, it is expected that any club interested in signing the Dortmund number 9 would pay in excess of £100m to the club. Reports in the media suggest that the current frontrunners for his signature are Real Madrid and Manchester City and the two clubs are expected to fight it out over the course of the summer. City’s pursuit of Haaland could see them exceed the £100m paid to Aston Villa for Jack Grealish just last summer. In terms of wages, Haaland would command at least £500,000 a week making him the highest-paid player for whichever club he signs for. Both clubs have the financial capacity to secure Haaland’s signature but it is very likely that the project and vision of the club would be the determining factor.