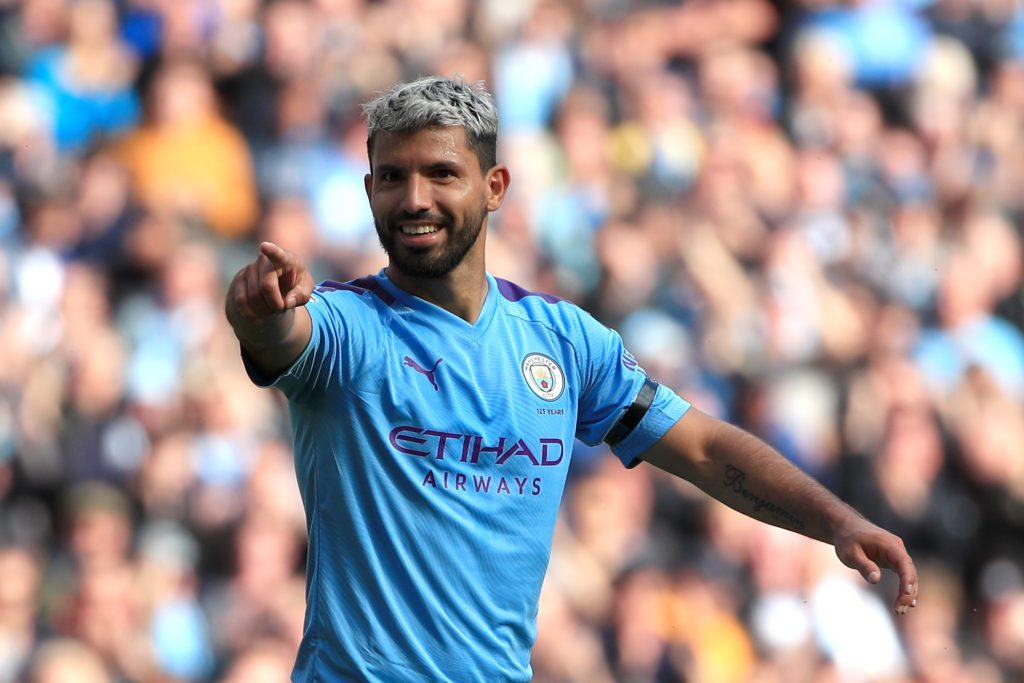 If you’re baffled in selecting the striker of Matchday 2, here us out. The two shortlisted by many are Cristiano Ronaldo and Sergio Aguero. Between the two, who would you rather choose is a doubt.

While the talismanic star has been the king of Champions League, his boots have rested lately. The all time top-scorer has not had that flurry of goals he used to have while his days at Real Madrid. Ronaldo, however, has amassed 6 goals in 10 games that he has played for Juventus.

And with Bayer Leverkusen travelling to Turin after a dismal display in their last outing, Ronaldo stands a chance to give the crowd a view for their money.

The matchday 2 does give a great opportunity for Ronaldo to add to his tally of goals but the £11.5 million buy can be put aside for Aguero who will cost you £10.5 million. Here’s a reason why you should forget Ronaldo. 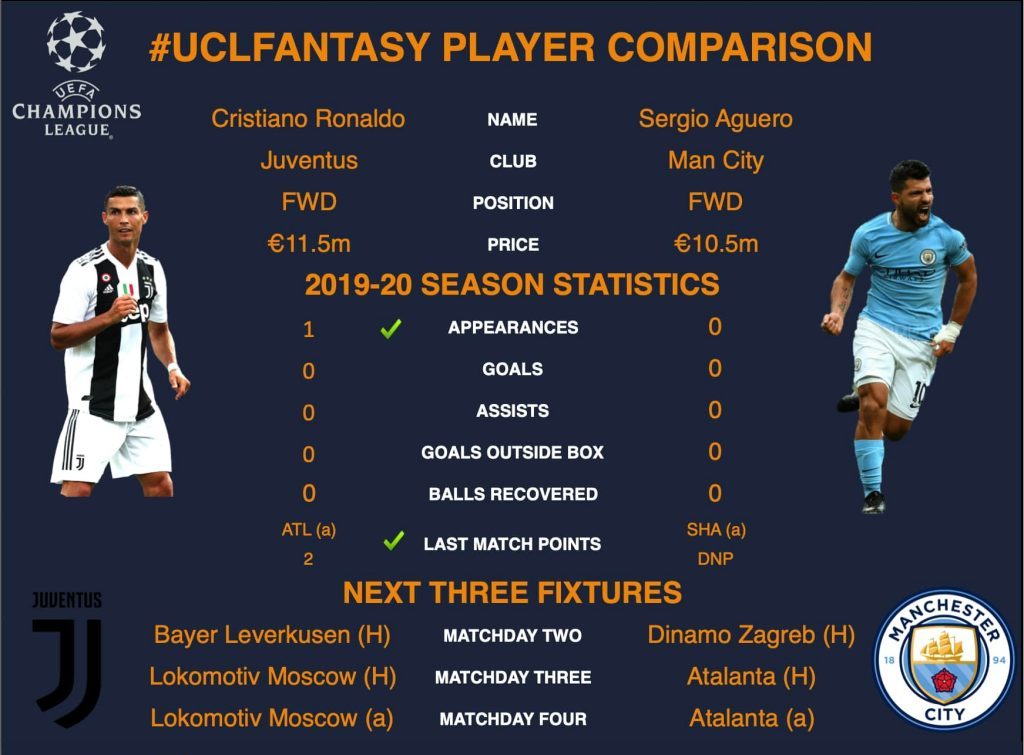 Manchester City have been in a goal-scoring spurge with Aguero by and large being in the scoresheet. While the Argentine did not feature in matchday 1, he will be a sure start against Dinamo Zagreb.

Sergio is the leading goalscorer in the Premier League with 8 goals in only 7 games. The Argentine has a knack for goals and against a lowly side like Zagreb, we can expect Aguero to be on the scoresheet.

Thus, the Argentine has an edge over the more experienced Portuguese.