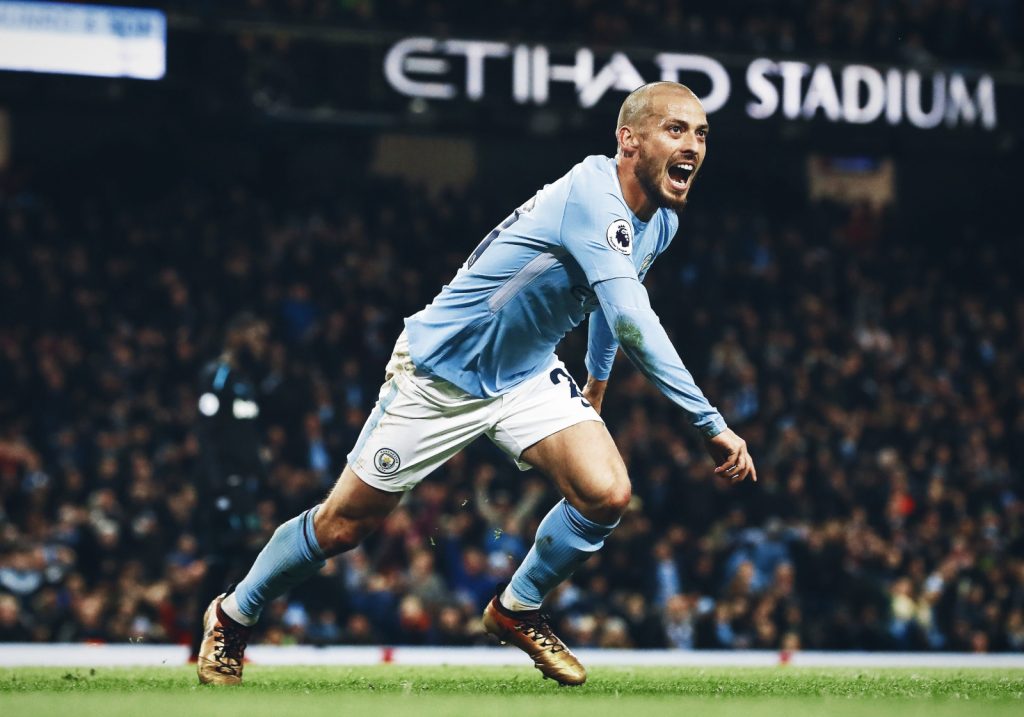 City boss Pep Guardiola has confirmed David Silva is set to miss the next few weeks with a muscular injury.

In Manchester City’s defeat to Chelsea, the 32-year-old Spaniard was replaced by Ilkay Gundogan in the 68th minute after falling to the turf and clutching the back of his leg.

David Silva joins Kevin De Bruyne, Sergio Aguero and Danilo on the sidelines who will miss Wednesday night’s Champions League clash against Hoffenheim at the Etihad Stadium, with the Catalan Boss claiming he only has 15 players to choose from.

“[Silva will be out for] a few weeks. Last game he was substituted, not too big but he stops for a few weeks.

“We have 15 players available, so I can’t do it too much (rotating). We are in the next stage which is important but we have to try and win every game to finish first.”

“Last-16 is always tough but in general the next Monday when there is a draw it’s a success we are there and the team we will face will be tough.

“They were incredible against Donetsk and they lost. It was incredible and fascinating to watch as a spectator.

“My admiration for Hoffenheim has increased. I knew about Julian Nagelsmann and his team but now I realise how tough tomorrow will be.”

Silva is a few weeks.

Sergio maybe has a chance for the weekend.