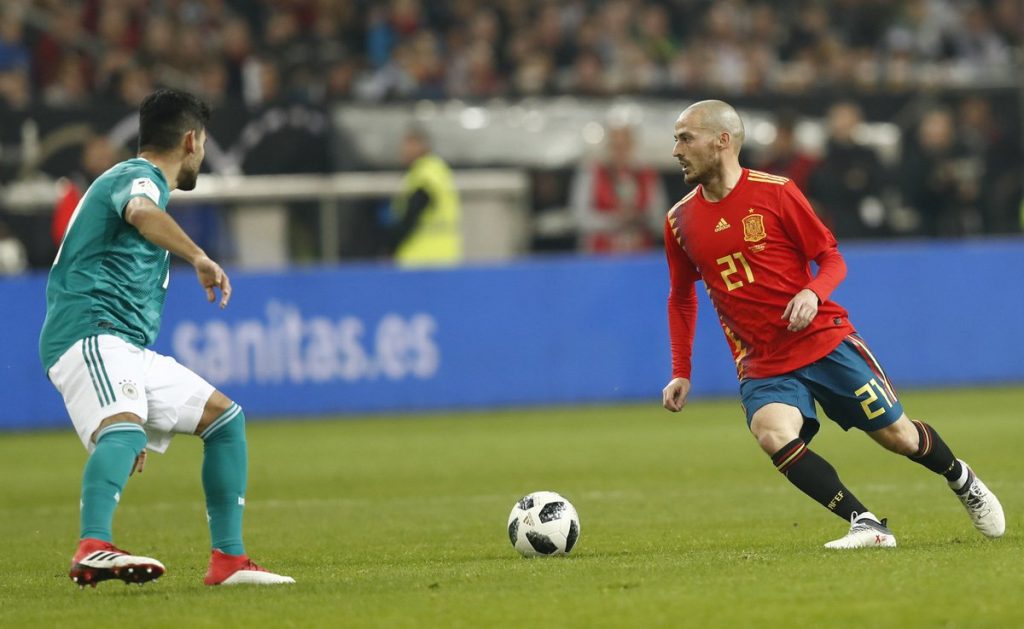 David Silva has been released from Julen Lopetegui’s squad for personal reason, the Selección Española de Fútbol has announced.

David Silva was named in the squad by Spain coach Julen Lopetegui representing Spain for the friendly fixtures against Germany and Argentina.

No reasons are disclosed, David Silva leaves Spain and the national team will be without David Silva for their friendly against Argentina.

Spain on Saturday announced via Twitter: Official | Player David Silva (@21LVA) has been released from the rally for personal reasons

David Silva played 71 minutes as Spain drew 1-1 Germany in front of 50,653 fans at the Esprit Arena.

As always, we wish the very best to David Silva whatever the situation may be.