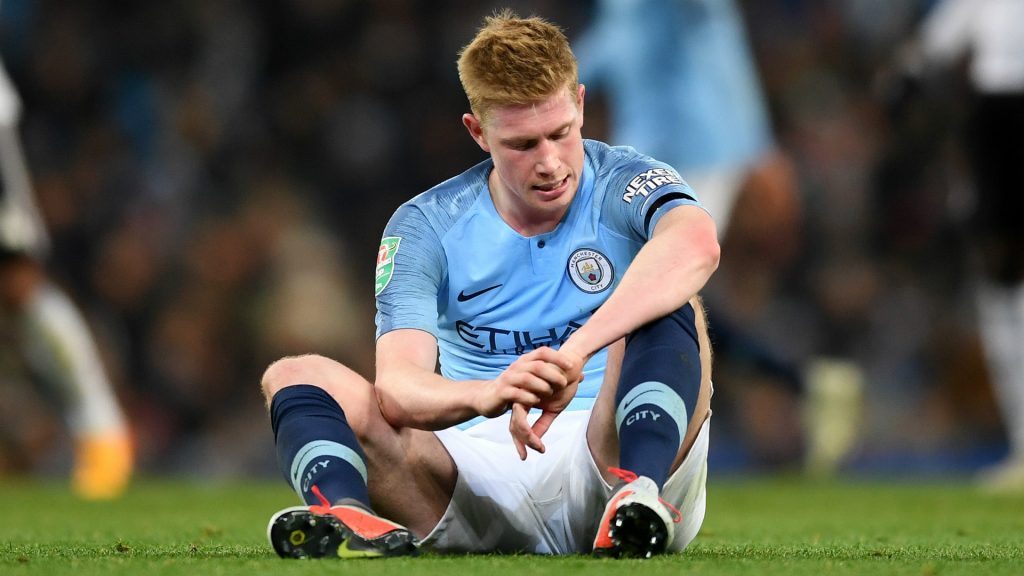 Manchester City will reportedly delay introducing Kevin De Bruyne into the team once again as the Belgian eyes return from yet another injury this season.

KDB has only featured five times for City this campaign having gone down on couple of occasions suffering two separate knee injuries since the start of the 2018-19 season.

The Belgian last featured for Manchester City against Fulham at the start of this month, but we were expecting him to be back for the clash against Bournemouth this weekend.

However, The Telegraph reports, Manchester City are in no rush when it comes to the 27-year-old, and he could probably miss the vital game against Chelsea on December 8 before returning for the festive season.