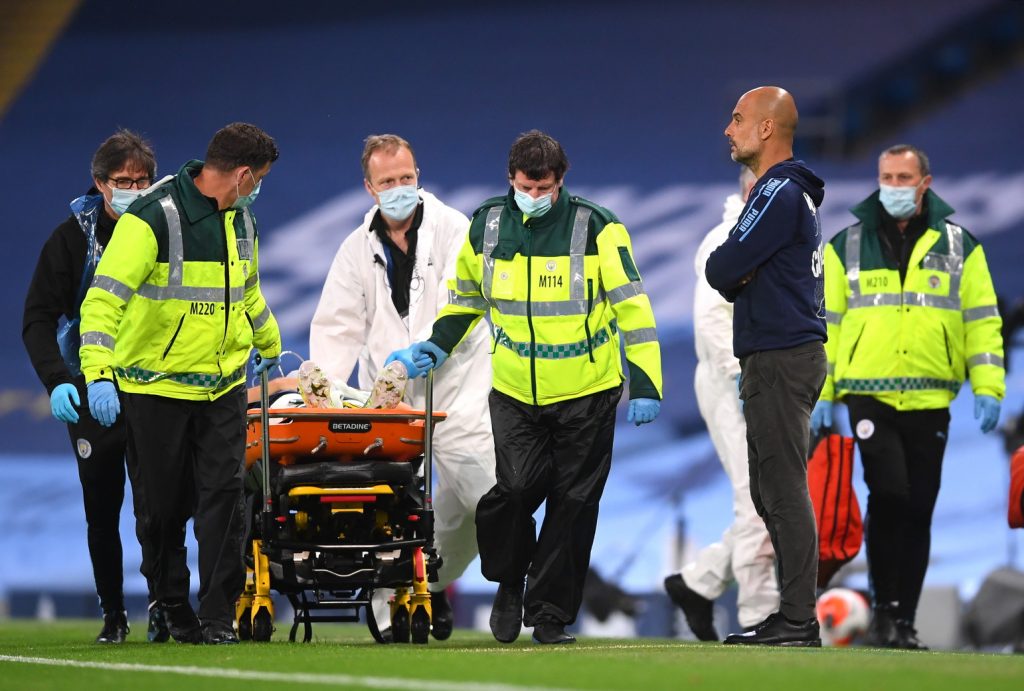 Manchester City center-back Eric Garcia was released from hospital on Thursday morning following his sickening collision with his own goalkeeper Ederson Moraes in a match against Arsenal on Wednesday night.

Eric Garcia suffered a worrying injury as he was taken off on a stretcher against Arsenal after a sickening collision with Ederson Moraes. The Brazilian came flying out of his goal to deal with a through ball sent by Bernd Leno into the last ten minutes of the game but he crashed violently into the young Spaniard in the process.

However, Garcia returned to City Football Academy in Manchester as it seems like the Spaniard is now OK following an image on Ederson’s Instagram story. 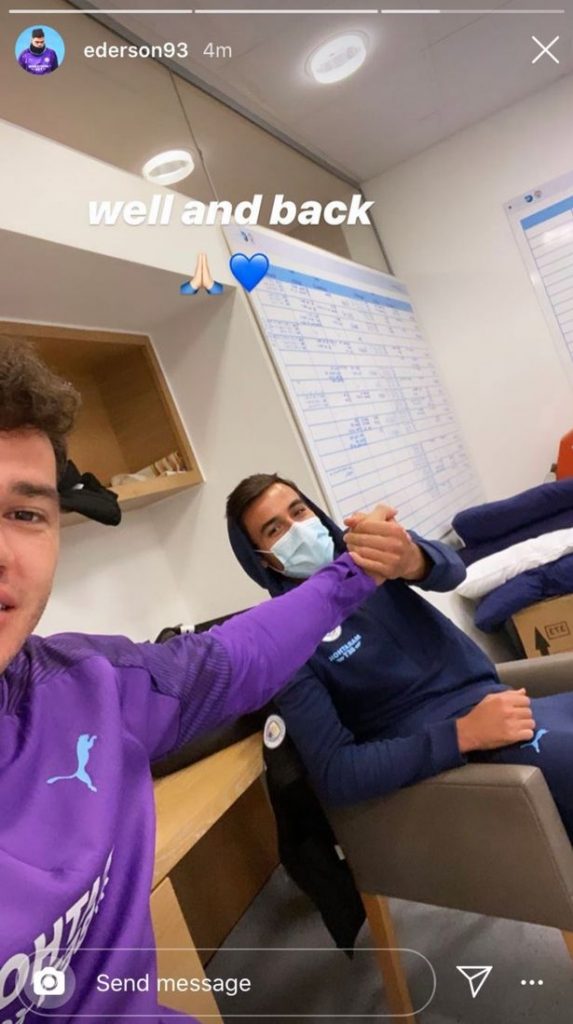 Aymeric Laporte also tweeted: “u guys been asking me a lot about Eric : he’s OK fam. he just needs a couple days to rest but he will be fine soon enough.”

u guys been asking me a lot about Eric : he’s OK fam 😁👌 he just needs a couple days to rest but he will be fine soon enough 💙 @ericgm3

City boss Pep Guardiola praised Garcia’s performance in 3-0 victory against Arsenal, which saw Raheem Sterling, Kevin De Bruyne and Phil Foden all getting their name on the scoresheet.

“Eric came back incredibly well,” he told the club website. “He is so intelligent to guide the line. It was not easy to play against (Pierre-Emerick) Aubameyang. He is training really well and we tried to work with (coaches) Juanma (Lillo) and Rodolfo (Borrell) in this period.

“He understands perfectly well. This season, especially in the winter time, he always played good. He doesn’t make mistakes. He is always focused.

Eric Garcia has been released from hospital after suffering an injury during last night’s Premier League win over Arsenal.

Eric will be monitored in the coming days, ahead of a return to training and competitive action.

Everyone at City wishes Eric a speedy recovery 💙 pic.twitter.com/r9dNRBSm6B

“In this game, we knew we were playing dynamic players. He understands the position and the movement.

“Against Burnley, for example, they play more long balls and we might need another kind of player.

“For this game, we thought he was the right guy to play alongside Laporte and they played really good.”