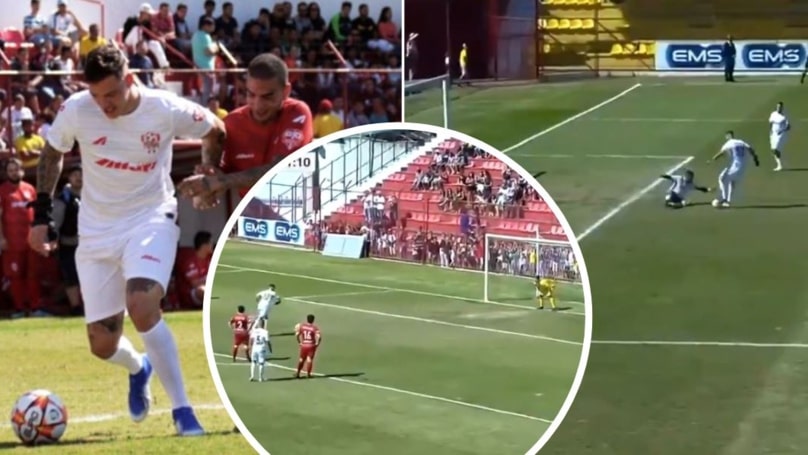 Ever since his £35 million move from Benfica in 2017, Ederson Moraes has been a sensation for Manchester City. The Brazilian is one of the most proficient prospect, someone who has the ability to be listed amongst the Hall of Fames at Etihad and be remembered for long time.

His calmness under pressure and his control and confidence over the ball enables him to retain possession. He has earned a reputation for taking risks and is regarded for his outstanding distribution. Whether it’s playing 10-yard passes to his defence or pumping the ball long to the channels, Ederson does it with unerring accuracy.

But how could goalkeeper turned midfielder fare if he played the 90 in the outfield? Alongside his City teammate Gabriel Jesus and Brazilian singer MC Guime, wearing the No.10 shirt, Ederson scored twice in a 5-4 victory for his side during a recent charity game.

His first goal came from the spot followed it up by toying with the opposition goalkeeper with some ridiculous footwork in the second.

Look at this pen aswell, keeper didn’t move at all

Remember when he said he wanted to take one if we got a pen towards the end of the season 🤔 pic.twitter.com/X9zNqmh37n

Ederson and Jesus played in a little friendly, where Ederson played in midfield throughout the game

This was one of his goals pic.twitter.com/UwA17I9ivi

For extended highlights of Brazil charity game, check out the video below.