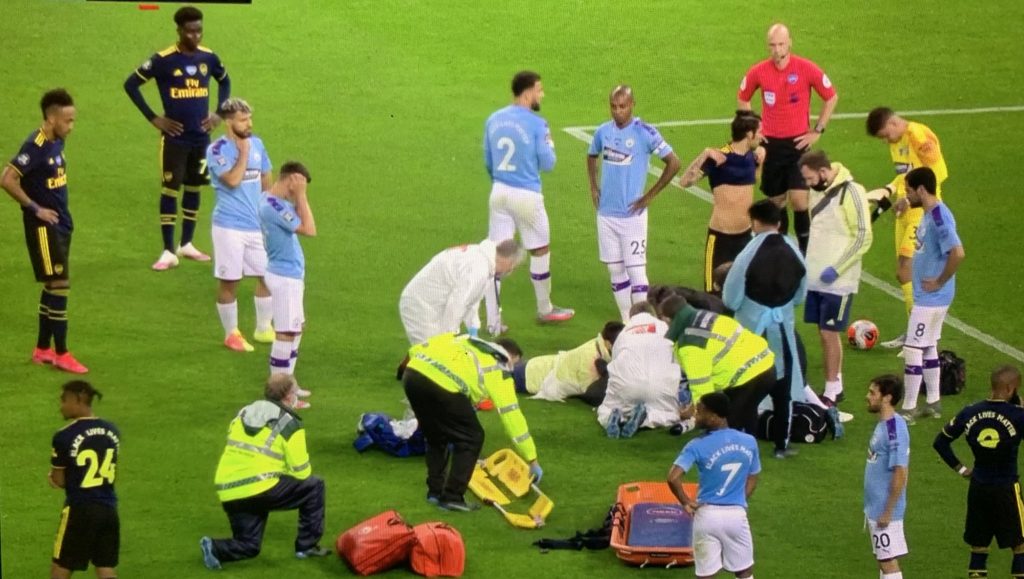 Manchester City youngster Eric Garcia suffered a worrying injury as he was taken off on a stretcher against Arsenal after a sickening collision with his own goalkeeper Ederson Moraes.

Ederson Moraes, who just completed his 100th Premier League match for the Cityzens came flying out of his goal to deal with a through ball sent by Bernd Leno into the last ten minutes of the game. But the Brazilian crashed violently into the young Spaniard in the process.

Garcia, who started the match partnering alongside Aymeric Laporte received a lengthy treatment before being taken from the pitch on stretcher.

Former Chelsea winger Pat Nevin said on BBC Radio 5 Live: “You always look at the reactions and the first few reactions were that the players wanted the medics on as quick as possible, and they did come on incredibly quickly but once they were on the players were walking around and looked quite calm. 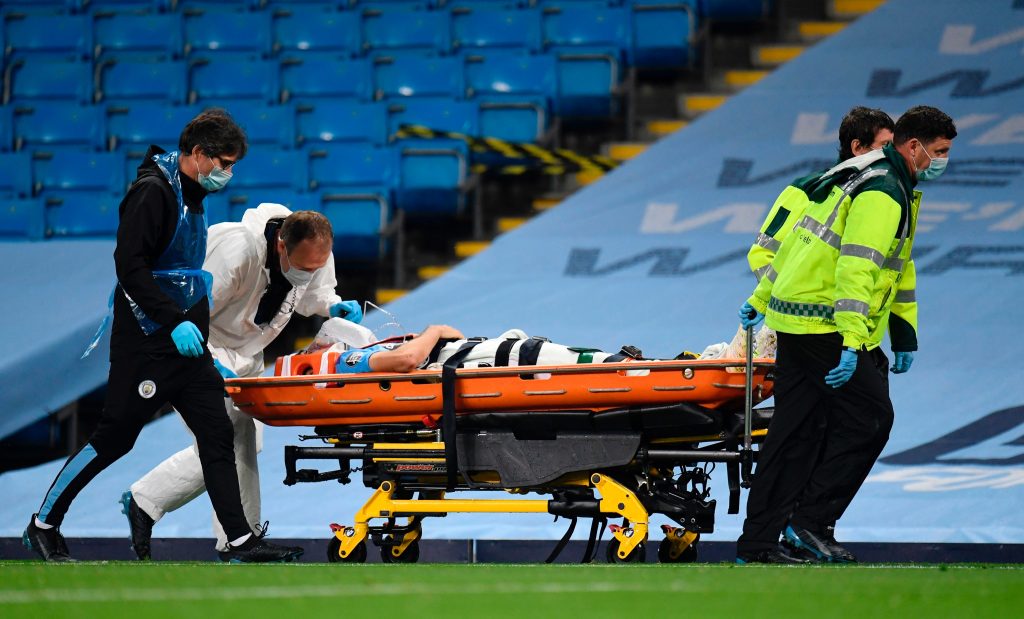 “Let’s hope that he is OK and back recovered soon.”

The Blues from Manchester were forced to continue the rest of the match with ten men, having made all five of their substitutions as they beat Arsenal 3-0.

PEP 💬 We are a little bit concerned (about Eric Garcia). He responded quite well but have to wait for the next hours.

He’s conscious, which is a good sign but he’s going to make an extra test in hospital.

All of us at Man City Core wish Eric Garcia a speedy recovery!