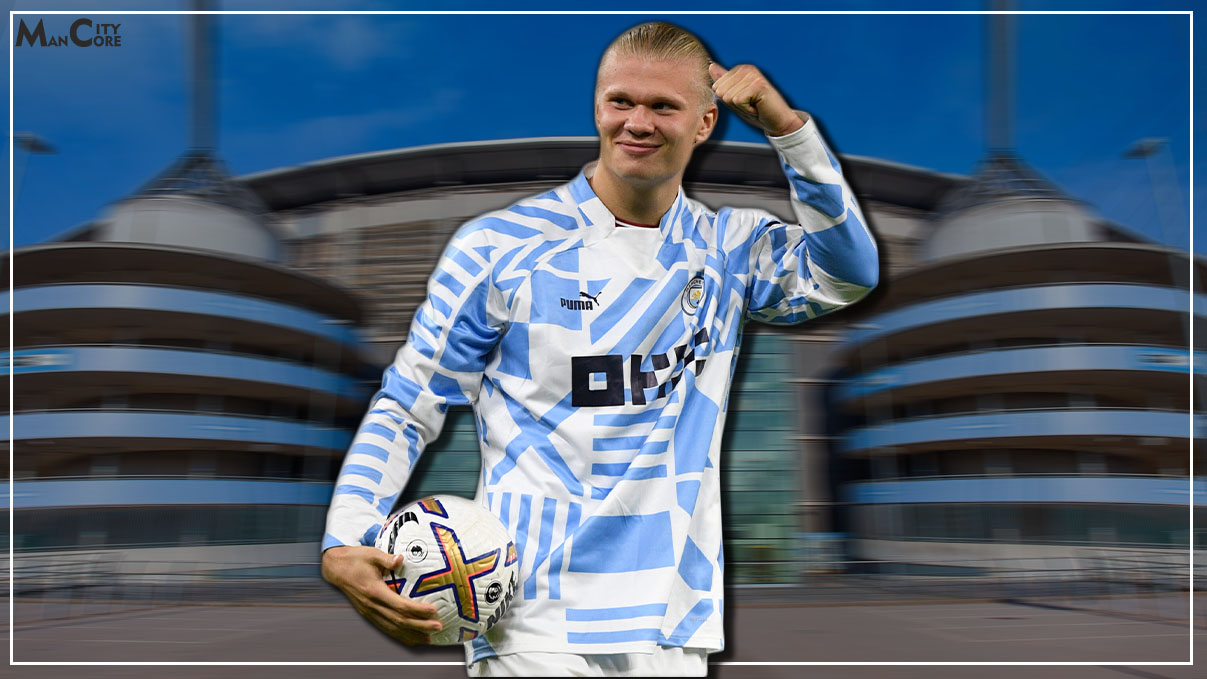 A back-to-back hat-trick takes his tally to nine already this season in just 5 games, 4 goals clear of his nearest contender, Alexander Mitrovic.

“What he has done in Norway, Austria and Germany he tries to do here,” said Pep Guardiola afterwards. “The first ball contact, he scores a goal. We knew it. He always scores goals. He is stoppable when we don’t play good, but we try to play in a decent way for the fact that we create opportunities for our talented players up front to score goals.

“He’s strong in all departments, but especially around the box, his finishing, and his work ethic is so great.”

Haaland is the only player to have scored more goals in their first five Premier League games (9 goals) beating the previous mark set by City great Sergio Aguero and Micky Quinn (both 8), and its unlikely to be the last record he breaks this season.

His form has been phenomenal, giving Man City an extra edge, particularly in recent games against Newcastle and Crystal Palace.

This weekend’s tie against Aston Villa offers him an opportunity to extend the scoring streak and sit comfortably atop the goalscorers chart. Villa have not been solid defensively this season, giving the Norwegian a chance to get a few more goals.

He is proving his doubters wrong and it can only get worse for PL defenders as the season progresses.