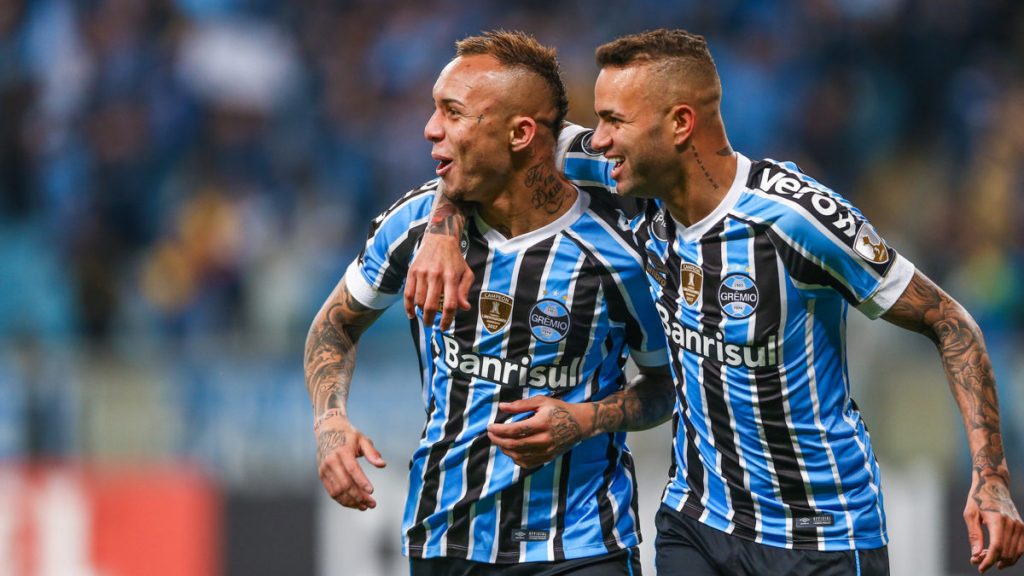 With rapid rise of Everton Soares, it took no time to establish links with European giants viz. Manchester City.

Manchester Evening reported City targeting Brazilian winger, and his agent Gilmar Veloz has responded to rumors linking his client to Blue side of Manchester.

Veloz has insisted there is nothing in rumors linking him to Pep Guardiola’s City and was quick to freeze off increasing rumors.

“There is nothing. We have to be very careful, take responsibility with the fans, with me and the boy. We can’t create stories on something that does not exist,” Veloz told Zero Hora.

“I’ve been there in January. In March, I went to see a game of the Portuguese Cup and I met Txiki. We talked. At this point, he has more attackers than he could have. There is no possibility of the sale. In football, you have to wait. If he sells two, three attackers, there may be [a possibility]. The window in the Premier League runs from 8 July to 8 August. In other markets, it extends to until September 3. The point is that, at the moment, there isn’t the slightest possibility.

“They have their priority. It’s not because Everton had good games that will rush out to buy him, things don’t work that way, but with planning. Everyone already knew Everton. But now he’s creating his space at the Seleção, consolidating himself. Everton will move on to another level. We have to be calm.

“They have three waiting for a place, the guys who are on the bench and playing the cups. It’s not Everton who will get there and play. He has to be careful, know where he will be the best. Everyone who calls me, I say you need to speak to the president. We have to be careful. Everton is very calm, he doesn’t talk about it. When he gets back, if anything comes up, we’ll talk.

“If not, follow the normal path at Grêmio. We have to take responsibility, otherwise everyone goes crazy. No one came, made a paper and said ‘I’m going to take him’ or ‘I’ll sit down and negotiate’. By website or radio, no one will buy Everton.”

Everton Soares, joined Gremio’s reserves from Fortaleza Sport Club back in 2013 and was promoted to first team in the following year.

Since then, Everton has scored thirty-eight goals and notched up ten assists in 146 appearances for Gremio. He has played twelve games this season, with tally of six goals and an assist.

Though there is no depth in his links as of now.