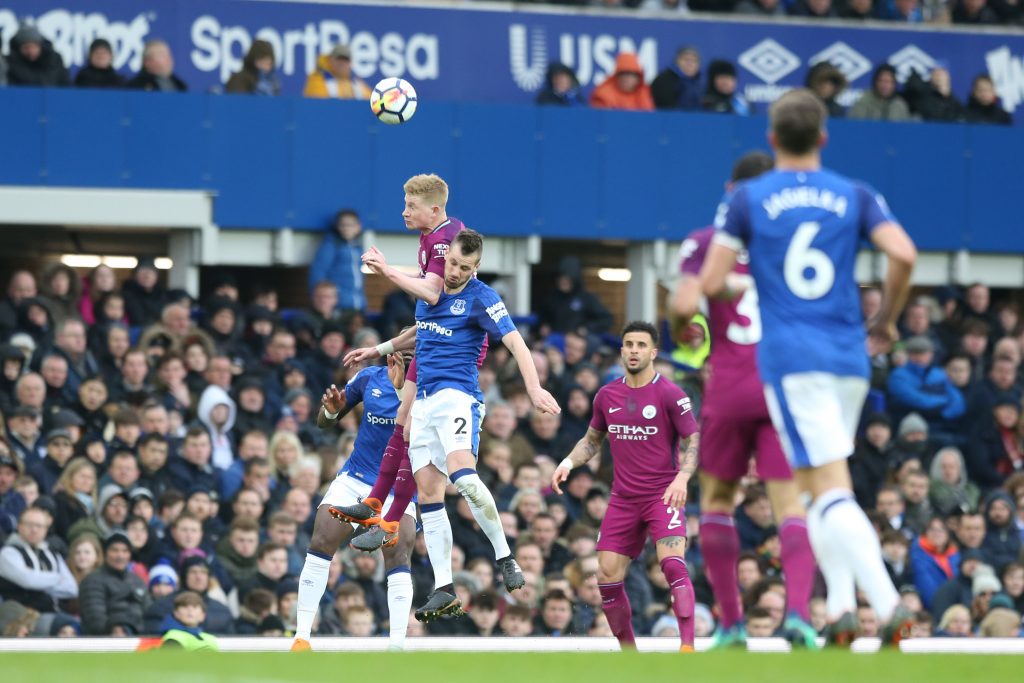 Manchester City are one win away from a dream scenario against United next week.

City could become only the third team to beat all other teams in a single Premier League season, after Chelsea in 2005-06 and Manchester United in 2010-11.

Gabriel Jesus leads the line as Sergio Aguero not recovered from a knee injury. John Stones has been ruled out of the game with concussion following the international program. Mendy and Delph not fully fit. 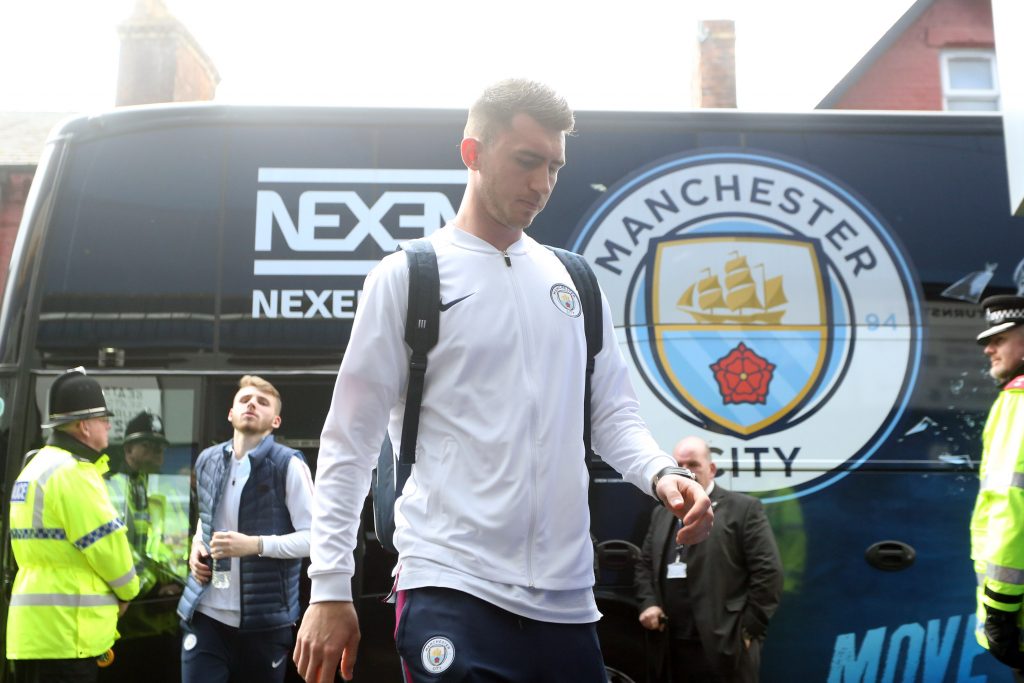 All roads lead to Goodison Park…

First Half: The visitors started with 3-4-3 formation and the strategy worked. Manchester City go ahead easily in the fourth minute when Leroy Sane volleyed it home. Well the second one was an absolutely wonderful. Brilliant ball from Ederson finding Sane, who plays the ball to Kevin De Bruyne. He crosses for Gabriel Jesus who heads home the second. 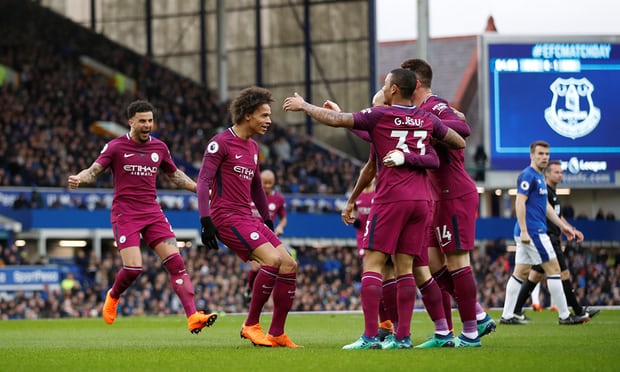 Goodison Park is in a state of shock. The Blues in total control and Sam Allardyce’s men looks out of idea. They look in mood to do some destruction. A beautiful work of possession finds David Silva and he crosses for Sterling and he taps-in for the third.

10 – Manchester City are the third club to have three players reach double figures for assists in a single Premier League season, after Liverpool (1995-96) and Arsenal (2004-05). Spread.

The first half ended with Manchester City leading by 3 goals. 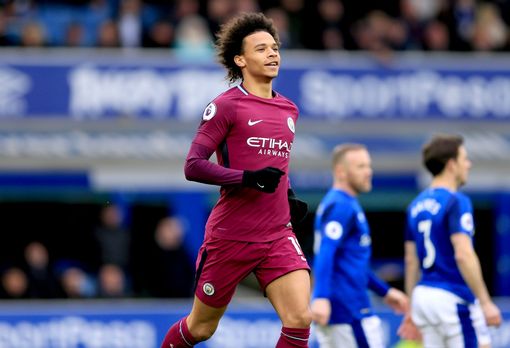 “We want to finish second this year and have 10 points more than last season, more goals scored, less goals conceded, but there is a club which is making it practically impossible to follow. In other leagues we would be fighting for the title.”

Second Half: In the second half, City resembled their dominance. The Blues are in no rush. Out of nothing, a beautiful low driven shot from Yannick Bolasie and Everton get a consolation. Fernadinho unleashes a vicious shot from 25 yards which goes just wide of the post.

They’re enjoying their away day so far! 🙌 pic.twitter.com/US9jEQpJh0

Everton are much composed team in the second half. The Blues haven’t done much in the second-half. Chances fell to either sides but it was looking that City are prime dominators for everything – Blocks, well-timed tackles, clearances and perfectly-placed covering players. 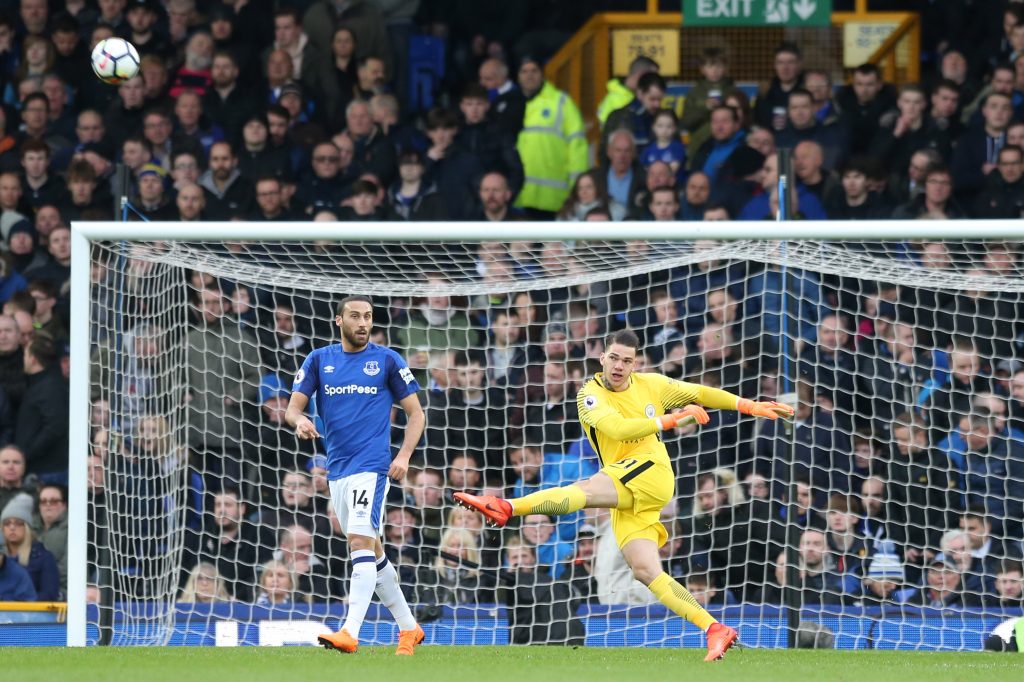 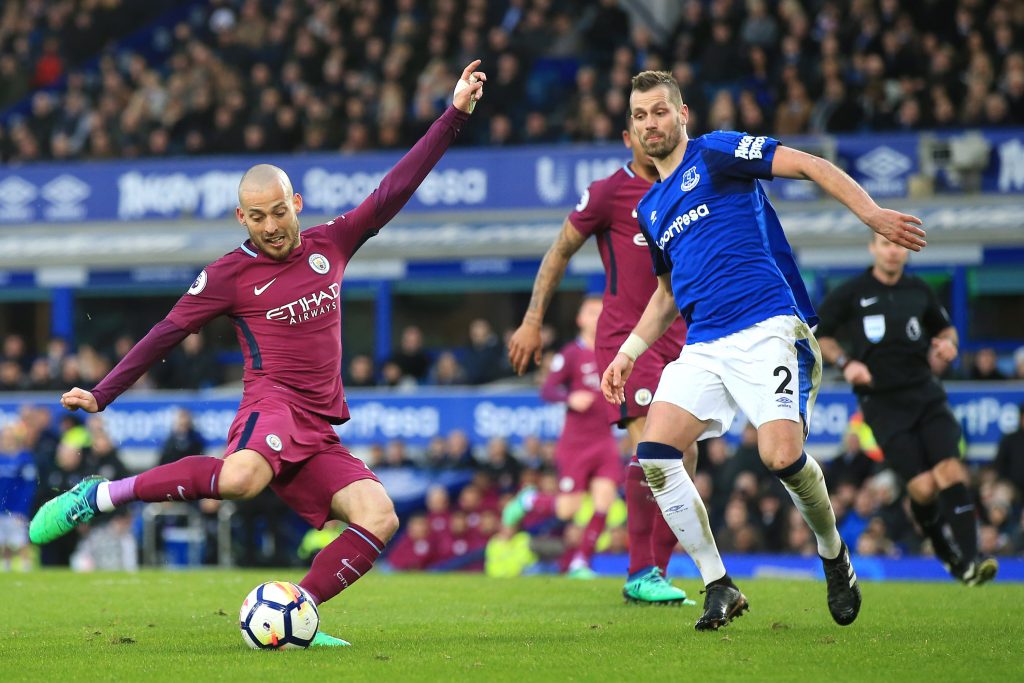 Beat Manchester United next weekend at home, and we’re champions.

They are now the third team to beat all other teams in a single Premier League season.

Pep Guardiola: “What a performance after three weeks without games and a long time without being together. You never know whats going to happen and we made a good performance, especially in the first half.”

“We had a good control, we were clinical with Leroy and David in the first half. One game and we will be champions.”