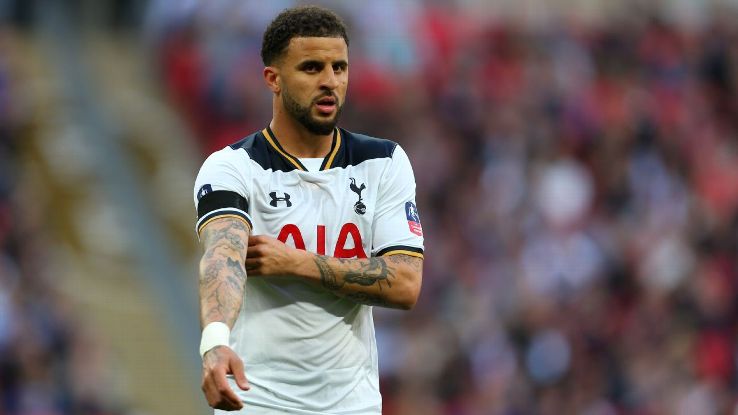 Last season Kyle Walker was one of five Tottenham players in the England team and Walker getting the same here at Man City.

“We have John Stones, Fabian Delph, Raheem Sterling and myself all in the England squad and it’s great that we play and train together all the time for City and England,” said Walker.

“That can only be good for us at international level and for our club.

“When I was a Spurs, we had myself, Eric Dier, Danny Rose, Dele Alli and Harry Kane all in the England squad and it’s getting the same here at City.”

Walker is in the purview that Delph can get not only his club career but also his career with England team back on track after impressive display at Left Back for Manchester City.

Delph was one of the best performers for Blue side of Manchester against Shakthar and Chelsea. He is likely to get minutes for Manchester City with absence of Benjamin Mendy. 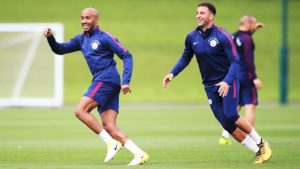 Delph was recalled for England for fixtures against Slovakia and Lithuania, but was forced to drop out with minor knock suffered against Chelsea.

Walker insists that Delph can book his ticket to Russia for World Cup with ‘The Three Lions’ if he continues his current form for Manchester City as a left-back or midfielder.

“Fabian is a seasoned professional and he’ll be able to adapt to wherever he’s asked to play for club or country and will give his all each time,” said Walker.

“He knows his midfield role inside out so if he’s left-back for us – which is something new for him – but in midfield for England, he’ll slip back into either position with no problem.

“He’s a great professional and no matter where you play him, he’ll do the job to the best of his ability.”