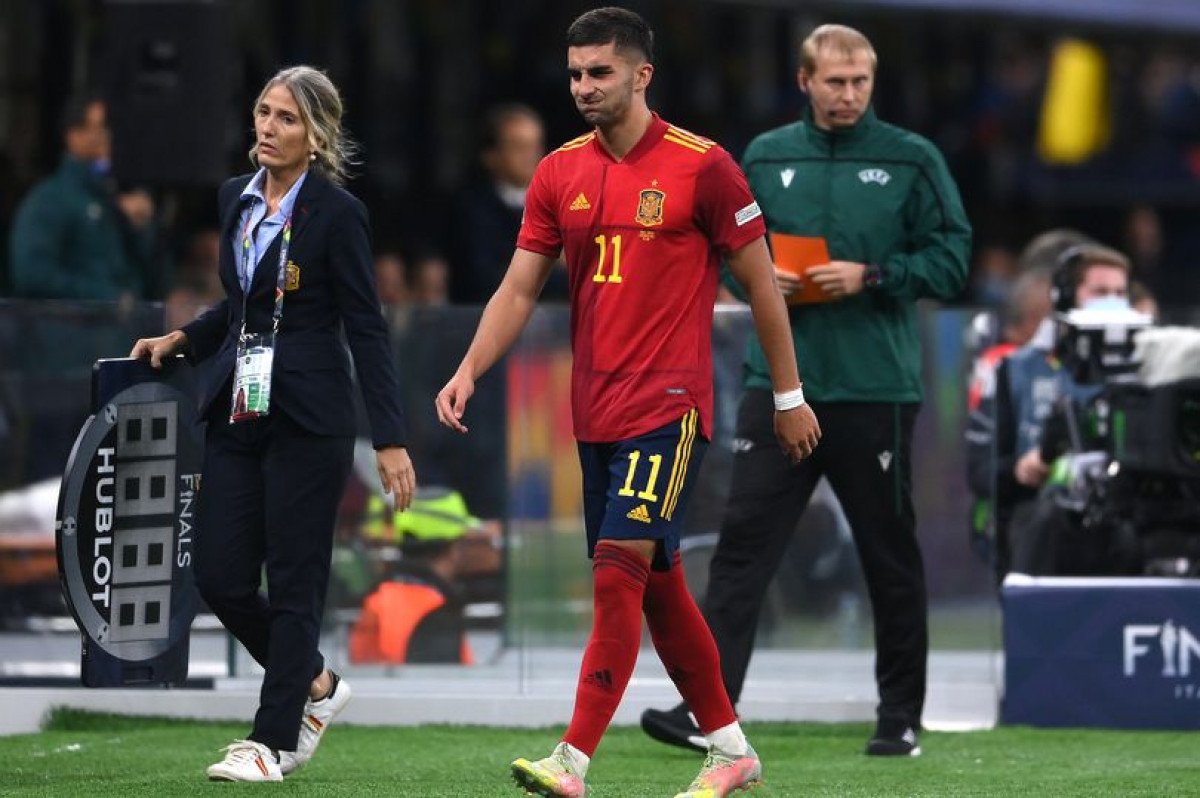 Man City star Ferran Torres is facing at least up to six weeks on the sidelines following a foot injury that he picked up while on international duty with Spain. The 21-year-old forward sustained the injury in the Nations League semi-final against Italy, in which he bagged two first-half goals but was forced off shortly after the interval because of the problem.

However, Torres seemed to have aggravated the injury when he played in the final, where Spain lost 2-1 against France. The Spaniard played 84 minutes before being withdrawn after complaining about the pain in his foot.

Reports later confirmed that Ferran Torres suffered a small fracture on his foot and is now set to miss a bunch of crucial games for club and country. It is believed that Torres will be out of action for at least six weeks as he continues his rehabilitation. However, he could be out for a longer period if his rehab doesn’t go according to plan.

Man City have a tough schedule over the next few weeks with the Manchester Derby at Old Trafford plus a Champions League clash with Paris Saint-Germain within the next six weeks, Meanwhile, Spain will play World Cup qualifiers against Greece and Sweden next month.

If Torres is set to spend six weeks out, he is expected to return to action towards the end of November and feature against West Ham, who Man City faces on November 28th. Man City have confirmed that Torres has returned to the club and will undergo some more tests before they decide when he will return to action.

Ferran Torres has scored three goals for Man City in seven appearances this season. He has looked sharp and offers the Cityzens and Pep Guardiola a different option in attack. Although Torres primarily plays on the wing, Guardiola has used the Spaniard as a centre-forward as well.

With Sergio Aguero’s departure, Gabriel Jesus has been the man to fill in the boots for the Argentine. However, Guardiola has also used the likes of Phil Foden, Kevin De Bruyne, and Riyad Mahrez in the false nine position. Torres’ injury is likely to see the aforementioned players get more game time for the next few weeks.