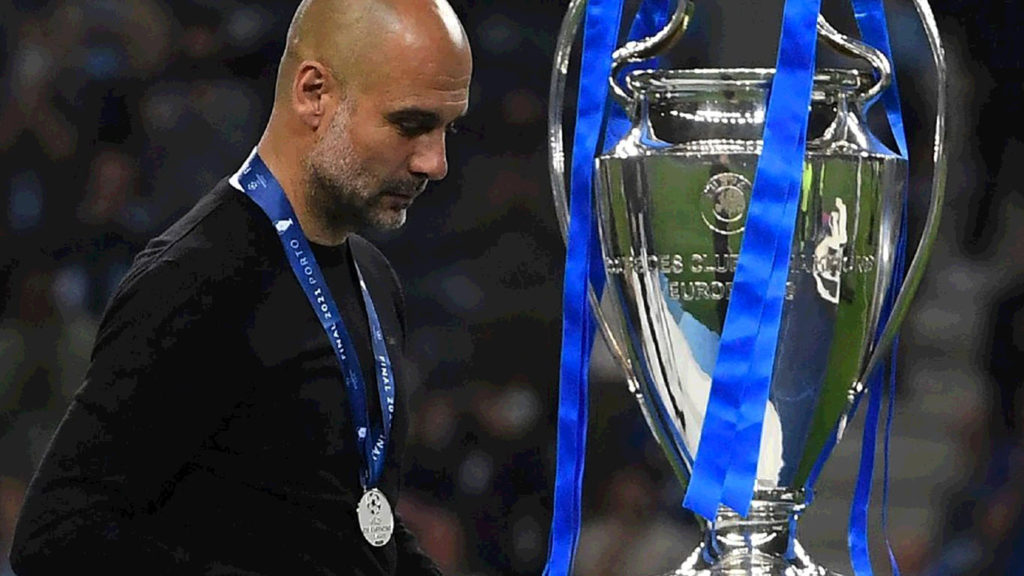 Manchester City’s first UCL final appearance ended in heartbreak after almost 100 minutes of play at the Estadio Do Dragao in Porto. A first-half goal from Chelsea’s record signing, Kai Havertz, condemned Pep Guardiola and his side to yet another loss to Thomas Tuchel’s rejuvenated side. Media all over the world have criticized Guardiola’s tactics and team selection on the night, citing these as the reason for their loss. But what did we learn from the game in Porto?

In 59/60 games this season, Pep Guardiola has started either Rodri or Fernandinho in the holding role and the only time he didn’t they lost a key midfield battle. Fans and pundits alike indicated their shock at the lack of a known defensive midfielder in the starting lineup. This gave Chelsea’s double pivot, N’golo Kante and Jorginho to control the midfield.

Pep Guardiola is known to over-think his tactics at times and starting Ilkay Gundogan in the holding role is one of the clearest examples yet. Chelsea’s goal could probably have been averted, had there been a defensive midfielder tracking back to protect the center backs. Instead Gündogan was nowhere to be found when that move developed leaving Havertz with a clean run on goal after some intelligent running from Timo Werner drew Rúben Dias out of position. After Fernandinho’s introduction later in the second half, City had more cover in from of the defence and only made Guardiola’s error more glaring.

Raheem Sterling failed to justify his inclusion on the night

A shock inclusion on the night was struggling winger, Raheem Sterling. The former Liverpool man has endured a frustrating season failing to reach the heights managed in the last three seasons of his career. Saturday night’s game was an opportunity for a shot at being a big game player for the Manchester club.

He however failed horribly out on the left against Reece James who had him in his pocket throughout the game. He could barely get the better of the England international who had the game of his life in Porto, making it possible for Chelsea to secure their second European trophy. Sterling was replaced with 15 minutes to go and would hope that his poor form doesn’t affect his chances of making England’s Euros squad and featuring prominently for the Three Lions.

Kevin De Bruyne suffered a head injury during the second half of the game by being blocked off by Chelsea defender, Antonio Rüdiger. Both players felt the effect of the class but De Bruyne can off much worse with an acute nose bone fracture and left orbital fracture that kept him in the hospital overnight. After his withdrawal, City’s attacking players failed to step up to provide the piece of magic needed to break a well-drilled Chelsea backline.

Riyad Mahrez was absent throughout the game and barely came to the party, while Foden and Gündogan among others failed to find their spark in the biggest game of their careers. Pep Guardiola was left dismayed with his attackers who failed to register more than one shot on target in the game.

Aguero showed what City would be missing in his last game at the Etihad on Sunday with two predatory finishes against Everton. In the Champions League final, the Cityzens didn’t have the edge Aguero has provided in the last decade. City have played with a false 9 on numerous occasions this season and have struggled against teams who defend deep lacking the strength provided by natural center-forwards. Erling Haaland and Harry Kane have all been touted as a possible replacement for the Argentine legend, with the latter indicating that he wants to leave Tottenham Hotspurs this summer.

The £800m+ Investment in the squad is gradually paying off

Since Pep Guardiola’s arrival at the Etihad half a decade ago, the club has spent well over £800m on transfers to push City towards European glory. After numerous trials and errors, the club have finally made their first appearance in the final but that won’t be the last we see of them. Man City have a group that is capable of going toe-to-toe with Europe’s best on any given day and will do everything possible to return to the grandest stage of them all.

A few more investments will definitely be required and with the experience of the 2021 final in the bag, Manchester City should be back again as they attempt to win their first ever Champions League trophy and Pep Guardiola’s first since 2011.