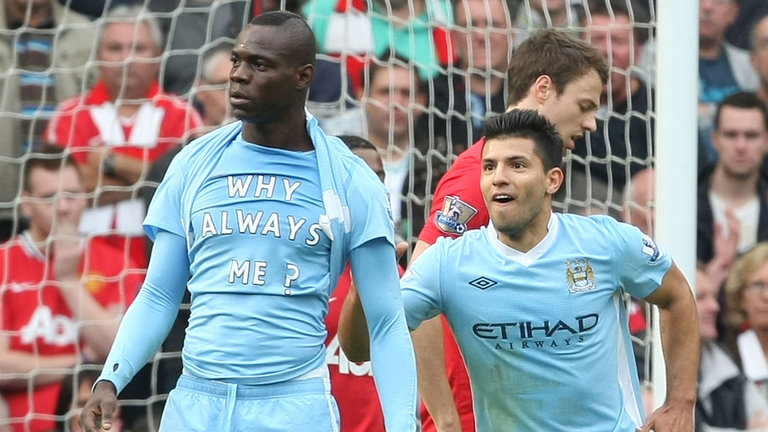 ‘The Manchester Rivalry’ – One of the most defying city rivalries of all time, especially with Manchester City coming into power under the helm of Pep Guardiola recently – the rivalry just got some spice to it.

Former Manchester City striker Mario Balotelli is still trolling Manchester United. It’s been Seven years since Mario Balotelli scored at Old Trafford and revealed the now-infamous ‘Why Always Me?’ t-shirt, the Italian is still enjoying putting it on the face of United fans.

He posted an image to Instagram accompanied it with the caption: “Don’t ever forget this day @manchesterunited”

Don’t ever forget this day @manchesterunited 😘😊🤗

In October of 2011, Manchester City did triumph Manchester United 6-1 and Balotelli opened the scoring for the Blues. Nancy Cityzens celebrate the day as ‘Shift of power within the City of Manchester‘.

OH! And Manchester City won the Premier League that year with an injury time goal, taking the title from under the noses of Alex Ferguson and Manchester United.

Mario Balotelli left Manchester City in 2013, and has since played for AC Milan, Liverpool and current club Nice.