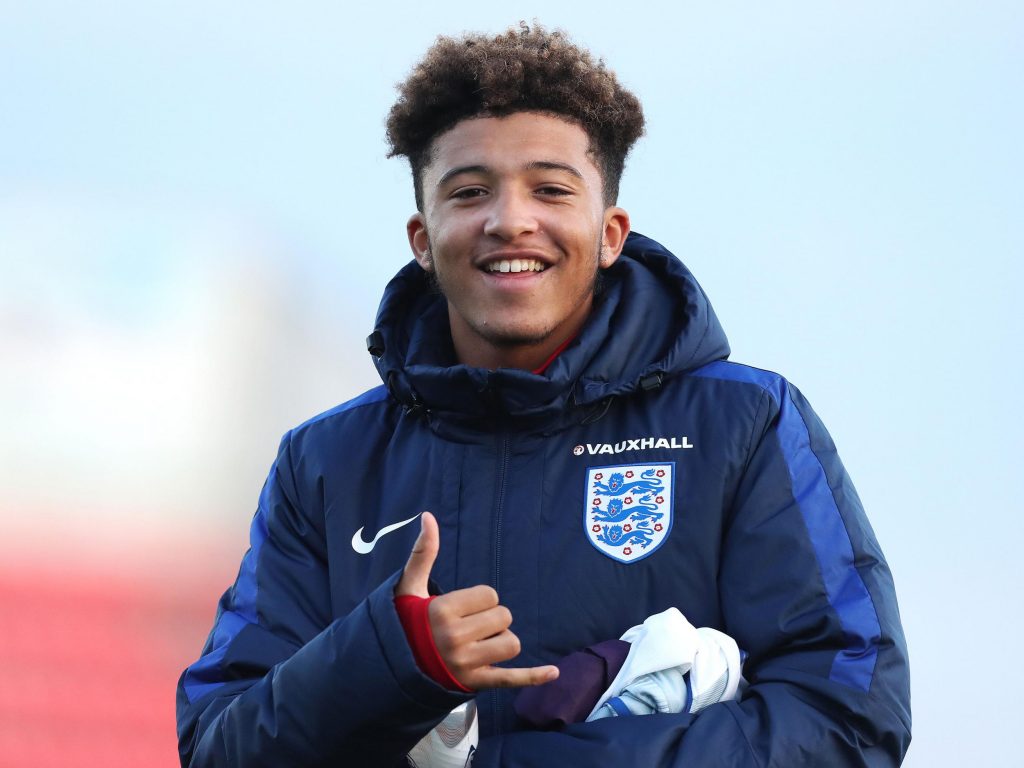 The teenager is one of seven uncapped players named on the Three Lions roster. Southgate has selected a very youthful squad with nobody picked older than the age of 28.

Although joined by three erstwhile Etihad teammates in defensive duo John Stones and Kyle Walker, plus forward Raheem Sterling, the progress made by Sancho at Borussia Dortmund since leaving Manchester to earn international recognition suggests he may be one that got away from Pep Guardiola.

Even the most ardent City supporter cannot ignore the fact they have bought their way to success, rather than developed talents and progressed them from the much-lauded academy into the first team. The Sky Blues are far from alone in adopting this model in pursuit of success, however.

Sancho becomes the first footballer born in the 21st century called up by England at senior level. That’ll be a quiz question someday, but just what are City missing out on?

As of the October international break, winger Sancho is the leading assist maker in Europe’s top five leagues. At Dortmund, he has set up nine goals for Dortmund teammates, seven of which have come in as many Bundesliga matches.

Southgate has decided to potentially take a look at a pacey wildcard in what are tough away matches in Rijeka and Seville. For all his exploits and raw talent demonstrated in Germany, however, Sancho and his untapped potential don’t yet compare to the proven winners City have available to them in wide positions.

Sterling, Bernardo Silva, Leroy Sane and summer signing Riyad Mahrez all have Premier League winners’ medal. All but the latter have done that in Sky Blue.

That is why City remain red-hot odds-on favorites at 4/9 in the outright Premier League betting with bet365 to retain their title. This strength in depth is also why Guardiola’s men are among the market principals to finally land the holy grail of Champions League success at 9/2.

With such strong competition for places at the Etihad following the arrivals of Sane and Bernardo in the summer of 2017, reports did the rounds that Sancho wasn’t getting the assurances of playing time he wanted when negotiating with City.

Moving on and playing aboard may actually be the best thing that could’ve happened to him. Having played for and managed Barcelona (as well as their B team), Guardiola is not averse to bringing youngsters through. Stockport born midfielder Phil Foden is a case in point at City, though it’s notable at a time when the England engine room looks particularly shallow due to injuries that he was only promoted from the Under-19s to the Under-21s.

Both Foden and Sancho were part of the England Under-17 side that won their age bracket’s world championship last year. Whether they play senior football together for the Three Lions in the years to come remains to be seen, but at least City still have the former on their books.