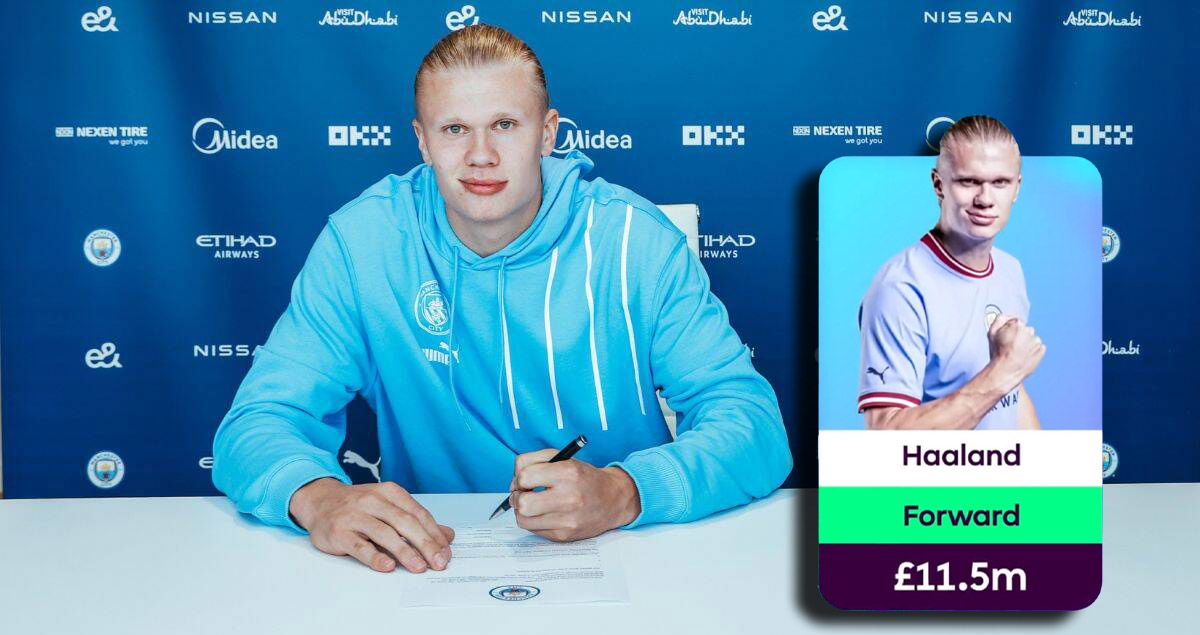 We have entered the month of July and Erling Haaland is officially a Manchester City player. FPL has revealed a selection of Man City players’ prices, with the Blues’ new signing Haaland being listed as an £11.5m forward.

The Blue side of Manchester confirmed the transfer of sensational forward Erling Haaland from Borussia Dortmund after months of rumours that they would do everything possible to sign the striker. The 21-year-old forward joins City having grabbed 62 goals in 67 league appearances in his two-and-a-half seasons in Germany.

Those stats have Fantasy Premier League team managers drooling at the idea of adding The Norwegian to their squads. Interestingly, he’s not even the most expensive Manchester City asset, with Two-time PFA Player of the Year Kevin de Bruyne will set FPL managers back £12 million of the budget.

Manchester City players can be a hugely popular pick in FPL for opening Premier League games as the reigning champions have avoided all six of last season’s top six in the first six Gameweeks.

The entire FPL pricing list of Manchester City players for the 2022/23 season will be revealed next week.