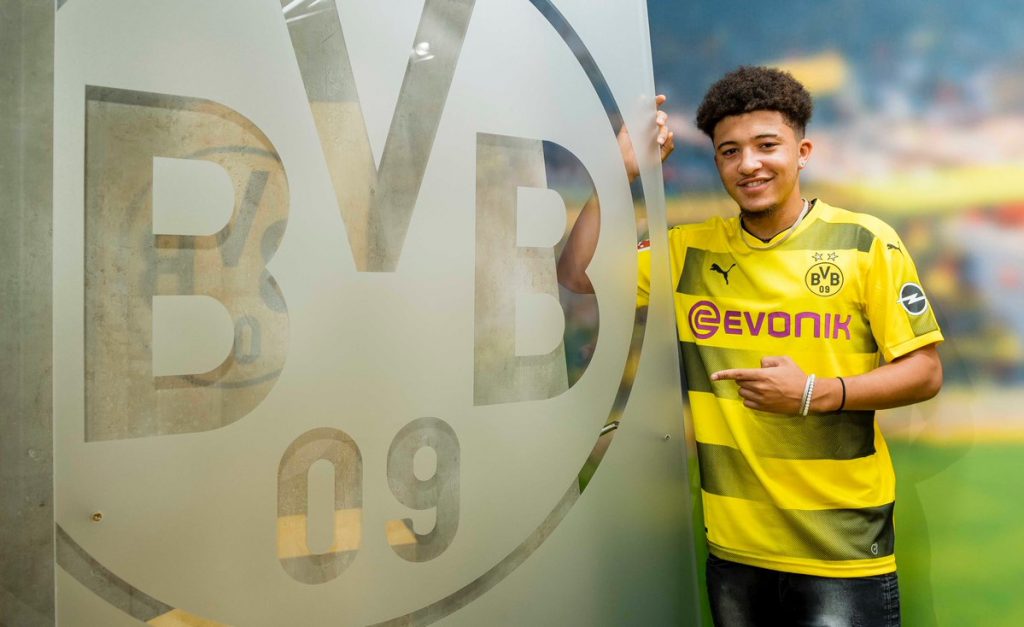 Manchester City 17-year-old, Jadon Sancho has put pen to paper to permanent, long term deal to Bundesliga side Borussia Dortmund worth around £10million with a sell-on clause included.

Sancho will wear number seven jersey vacated by Ousmane Dembele, who recently joined Barcelona. Contributing of at least a goal or an assist every game as England finished runners-up to Spain, the wonderkid Sancho was chosen as player of tournament as the UEFA Under-17 European Championship. 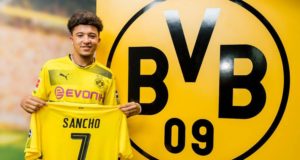 “We’re really pleased that Jadon Sancho, one of Europe’s brightests young talents, will be a Dortmund player,” said Michael Zorc, BVB sporting director. “We’re convinced that we could help this still-young player to develop his game and – in the medium term – he will become a real addition.”

After his exclusion from pre-season tour of the USA, he has not been to training and is having some second thoughts with his future at Ethiad stadium.