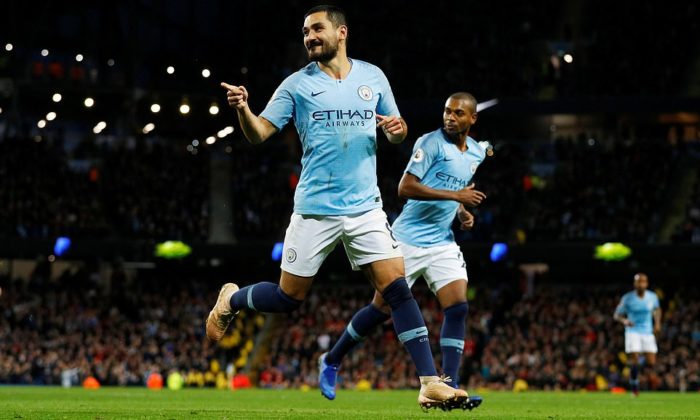 Manchester City are going strong as of now this season and before we start expecting, midfielder Ilkay Gundogan has dismissed the possibility for Manchester City to go unbeaten for the whole season.

Pep Guardiola & Co. have lost only twice in the Premier League since commencement of 2017-18 season, and having already played away at three of their top-six rivals this season, and a trip to Stamford Bridge to face Maurizio Sarri’s Chelsea due on Saturday.

Pep Guardiola said last season that his City would not go unbeaten last season despite their record of no defeats in the first five months, and Gundogan was of the similar opinion.

“I don’t think we regard ourselves as invincible,” he told kicker magazine. “That would be arrogant indeed. But we have a coach who sets an example of perfection every single day through his work on the training ground and when addressing the squad.

“We’ve got a broad squad with more than 11 top players. Nobody can rest or be too sure he makes the starting formation. We get enough playing with all the competitions we play in.

“The positive results make every player feel that a lot is possible here. That way we can win several trophies — if we continue like that. And driven by this ambition to win we are one on the pitch and in the dressing room. No matter who plays.” 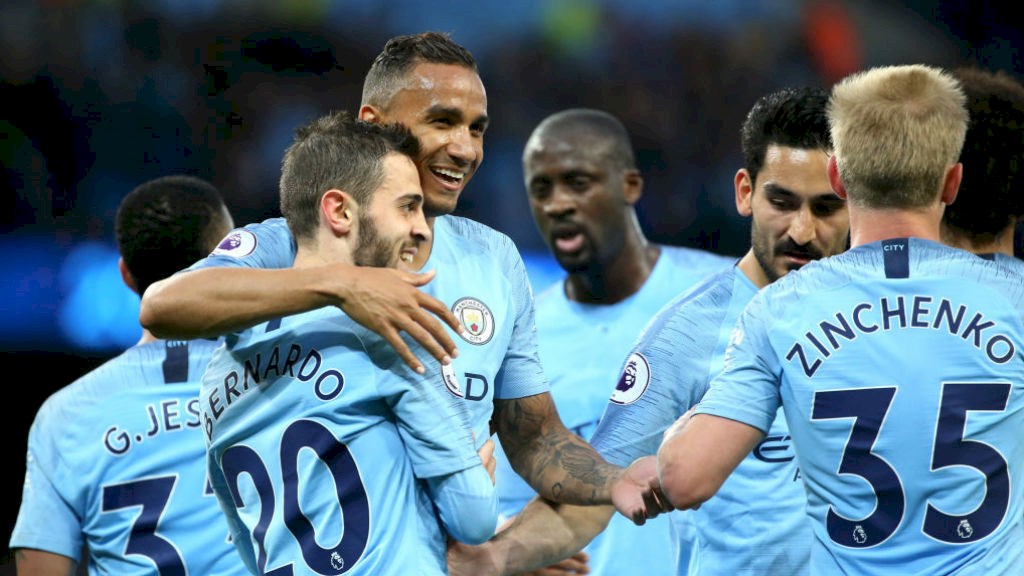 City might have had impressive run in the Premier League last season, though looking more than that – two of other cup runs ended miserably. Loss at Eithad as well as Anfield in the Champions League and a shock away defeat to Wigan Athletic in the FA Cup. European success is one of the top priorities at Manchester City and Gundogan highlighted ‘they can’t afford any slip up’ if they wanna have any chance of claiming European Glory.

“We were made to feel those dangers in Champions League and FA Cup last season,” he said. “You can control 95 percent of your matches in European club football and still end up without a trophy at the end.

“We played one weak half against Liverpool in Champions League and that was that one weak half too many. Bad luck might add to it, maybe a referee decision — and that’s the end of it. It could happen to us again this season no matter how many teams we’ve thrashed before.

“But the good thing is, this season we are warned, we are more experienced. We are determined to make a deep run. Ideally, we won’t stop before we have that Champions League trophy.”

Gundogan also spoke about ‘How much they trust Pep’ and said that Guardiola exactly knows what it takes to compete for every trophy.

“Our coach was a world class player himself, who can perfectly assess everything around those two difficult games per week,” he said. “What they mean mentally and physically. Accordingly, he can manage everything, so we can access our potential, just like we did in recent weeks.”