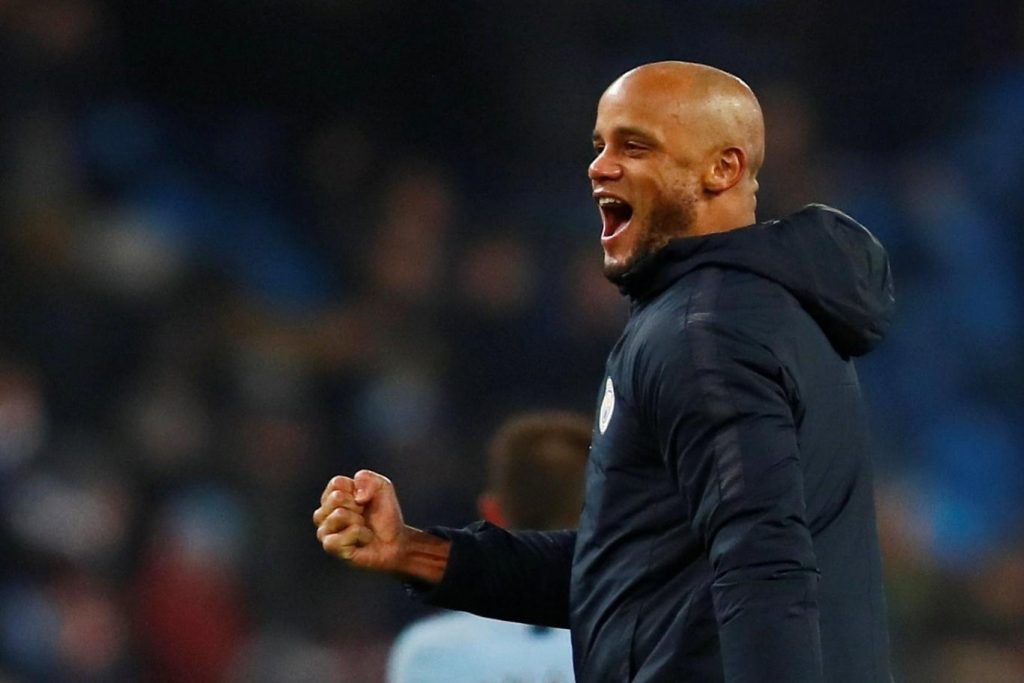 Vincent Kompany has completed a decade of service under Manchester City after joining in 2008 from Hamburg. The Belgian international’s contract is set to expire at the end of this season but will hopefully extend it says Guardiola. Kompany is in discussion with the Club and likely to renew a contract which is set to cease when he ages 33.

“We are talking about that – I would like it,” Guardiola said. “He’s our captain, 11 years here, we saw in the last two Premier League games the huge quality and personality he has to play. The only problem with Vincent is one: his injury problems.”

Asked whether his defence is stronger when Kompany plays the manager said: “One against one absolutely we’re better when Vincent plays. [Aymeric] Laporte has a better left foot – every central defender has his own quality – but there’s no doubt Vincent has something special with his charisma, winning the duels. It’s incredible, he’s one of the best central defenders I’ve ever seen. The problem is whether he’s fit.”

Kompany had played those two games against Southampton and another against Liverpool where his tackle on Salah proved to be match-winner. Guardiola has always admired the Belgian but is afraid that the injury problems may not see Kompany in Sky Blue shirt from next year.

The centre-back will either extend a contract of one more year or would fancy going in to other League. Kompany has been leading the side since 2011-12 and is also responsible for bringing three cups home in those years. His absence in the team has been huge but in the last two years the defender has only started 1/3rd of the total games; majorly rested due to injury.

Kompany will hope to make his injury a rarity and starting the games a definite entity, if he wants last few years of his footballing career in Manchester.