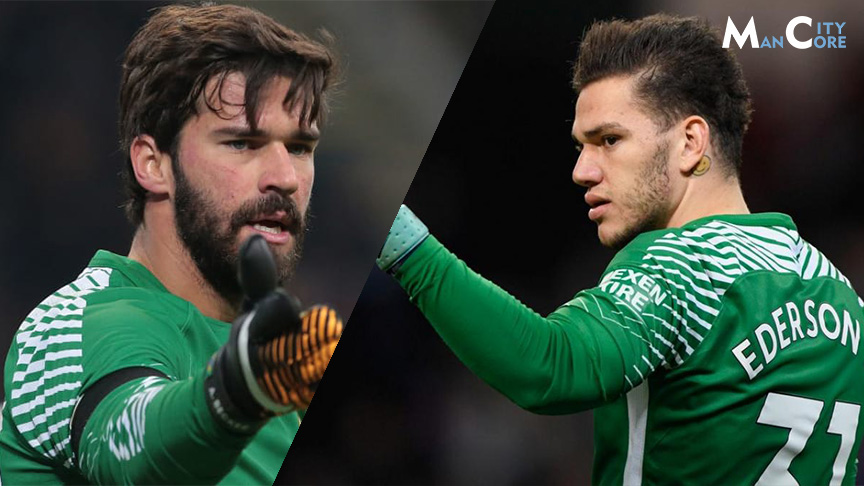 The World Cup is knocking on the door and all the teams are busy finalising their starting lineup. The managers have tested several combinations throughout the last year looking for the best possible starting eleven for the biggest event of football.

Brazil are considered as one of the hot favorites to win the World Cup this time in Russia. The South Americans have quite of a decent squad at their haul with a considerable back-up for each position. Brazil has performed exceptionally well in the World Cup qualifiers under Tite. It seems Tite knows his squad very well and he might not want to take any chances at Russia.

Brazil possess two World Class Goalkeepers in Alisson and Ederson Moraes and its still dizzy who will wear the Brazilian badge at Russia.

Alisson will come to Russia on the back of a sturdy campaign for AS Roma which saw him earn plaudits worldwide. He kept 17 clean sheets in 37 league appearances and also boasts five Champions League clean sheets. Roma reached the semifinal stage of the UEFA Champions League and Alisson made a huge impact throughout the whole journey. His reflexes are certainly commendable and one-on-one situations are one of his strengths.

Tite preferred Alisson in most of the fixtures leading to the World Cup. So, he is seemed to be the obvious first choice Goalkeeper for Brazil for the upcoming World Cup in Russia.

We should not forget Ederson Moraes, who is not far behind from Alisson. He has been a sensation for City since his move from Benfica. Ederson made 36 League appearances keeping 16 clean sheets in his breakthrough season for Manchester City. Ederson also kept 4 clean sheets in the Champions League.

His calmness under pressure and his control and confidence over the ball enables him to retain possession. A modern shot-stopper who helps in building attacks and is excellent with his feet & hand. He is regarded for his outstanding distribution. He is known for his penalty saving ability and prefers punching rather than catching. So, in the later stage of the tournament if the match goes into the tiebreaker Ederson can surely make his mark in the penalty shootout.

It still remains under the curtains who will Tite prefer for the World Cup, but Ederson and Alisson are making an era of themselves.