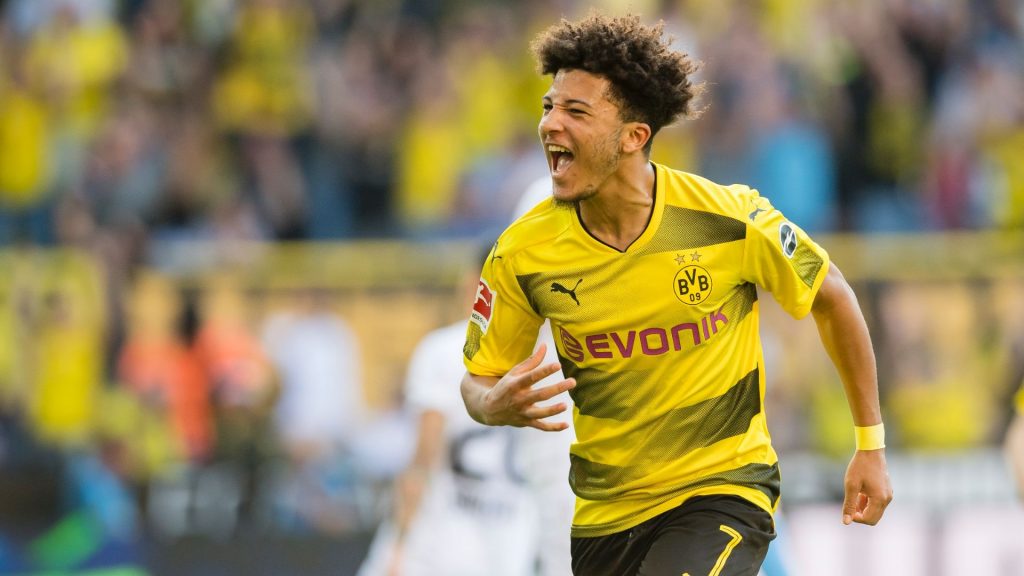 Manchester City have an edge over Premier League rivals in any potential transfer over Jadon Sancho, according to Manchester Evening News.

Jadon Sancho left City in a controversial move to Borussia Dortmund for around £8million in the summer of 2017.

The 18-year-old has seduced German fans with his skills and effectiveness and has shown potential over the course of last season. He notched up six assists and one goal in fifteen appearances for Die Borussen. He also has a Champions League assist to his name.

Meanwhile, he became the first footballer in 21st century called up by England at senior level against Croatia in a goalless draw on Friday night.

A real honour putting the England shirt on tonight and representing my country. Thank you to everyone for the messages! The journey continues….🏴󠁧󠁢󠁥󠁮󠁧󠁿❤🦁 pic.twitter.com/ab2yj4H3HT

Jadon is already been valued at £100million price tag by Borussia Dortmund after run of impressive performances since his move to Germany, with cluster of English giants in Manchester United, Arsenal, Liverpool, Spurs and Chelsea interested in bringing him home.

Jadon Sancho is tied with Dortmund until 2022, so a move elsewhere could cost a fortune and, if he does move, City are believed to have a 15 per cent sell-on clause.

Though, Cityzens can watch Jadon Sancho back at Etihad as City had buy-back clause inserted in the contract which saw him move to Dortmund, so City match any fee offered for Sancho, they will get first refusal.