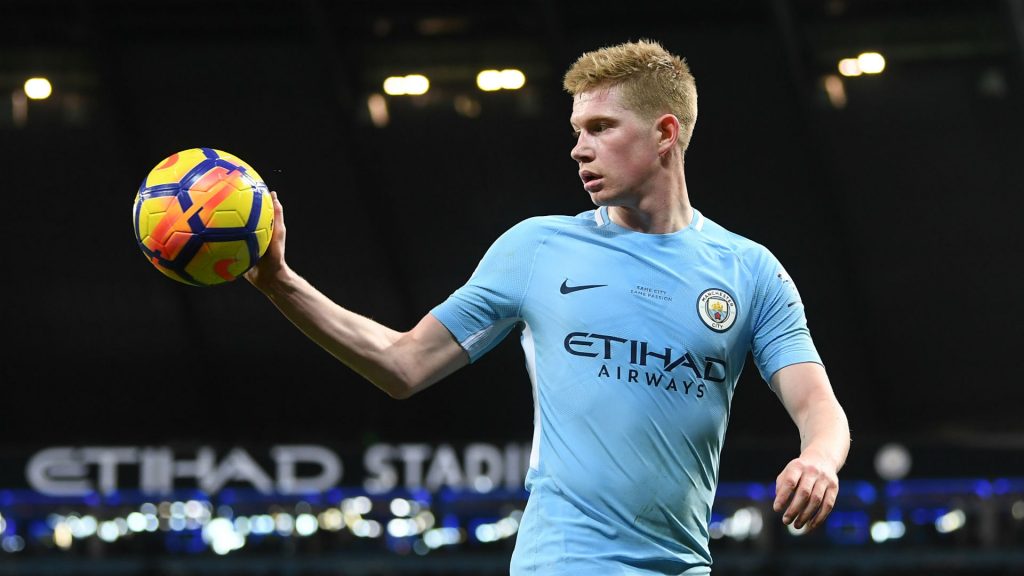 Kevin De Bruyne had a superb run of performances for Manchester City under Pep Guardiola this season, scoring seven and providing 14 in the Premier League to help City to move 16 points clear.

Kevin De Bruyne won EFL Cup in February and is almost on verge of winning the Premier League title this season. The Belgium international keeps on raising the bars of expectations higher and higher.

City playmaker claiming  it is impossible to compare him to Lionel Messi and Cristiano Ronaldo.

“It is impossible to compare me with them,” he told Het Belang van Limburg. “Our positions are completely different.

“They are much higher on the pitch and score ten times more than me.

“If I make 10 in a season, they score a hundred. But then I have other tasks on the pitch.”

De Bruyne does not feel he has been purposely targeted and is all part of football for a man performing at the peak of his powers.

“I do not feel really targeted by the opponents,” he added. “Tackles are part of football.

“I do not cry when I’m hit. I bite my teeth and I continue. With or without pain.