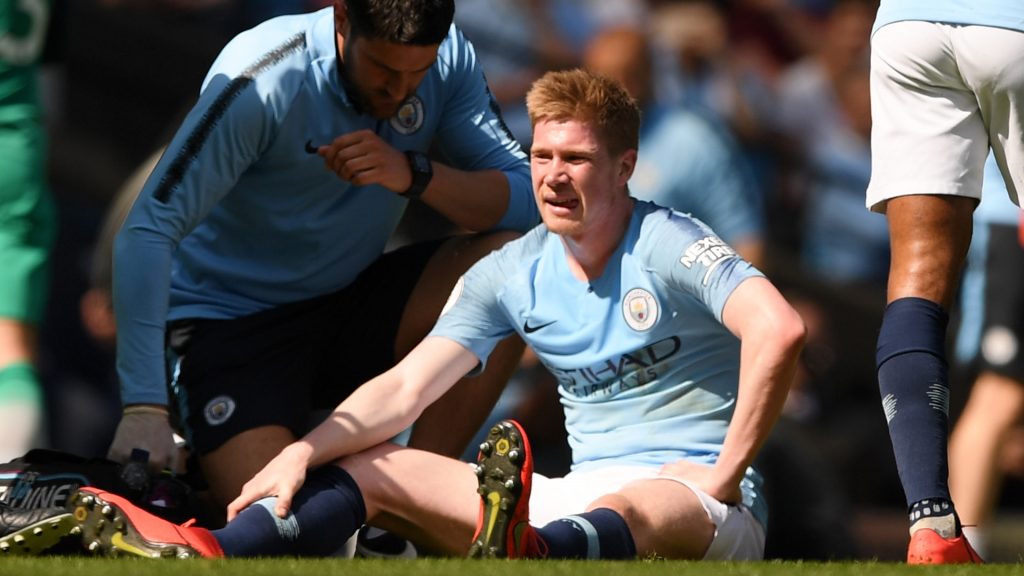 Tottenham Hotspur may have proved to be a big helper for Manchester United in their upcoming derby battle against Manchester City.

This is that time of year that every individual irrespective of their nationality awaits a blockbuster of an evening and when it comes to a big game like Manchester derby, absence of Kevin De Bruyne in Guardiola’s XI is one hell of a blow.

The nonchalant midfielder may have been plagued with a number of injuries this season, but every time he has featured in starting XI, he has proved to be the difference between two teams. We all may not feel the absence of this star because of the way two namesake Silva’s have stepped in, showing the class and talent they posses.

The depth of Manchester City, I say again is the strongest. Look at Phil Foden, a youngster stepping in like an experienced candidate. He may also be valuable in the team with Kevin De Bruyne not starting.

Pep Guardiola has confirmed the absence of De Bruyne saying, ”Maybe we can play Phil against United, Kevin will not be there.”

“Foden is an incredibly talented player with an ability to arrive in the box, which is how he got his goal. Every time he plays he either scores goals or makes chances.”

“Against Tottenham he showed his ability to play in tight spaces, because it is not easy to play against Dier or Wanyama or Eriksen. It was a fantastic experience for him and I trust him a lot.”

For a game like Manchester Derby, a loss of talent prone Belgian international is a huge blow and with Manchester United not willing to give any point to City, the difficulty becomes two fold. This is where Phil Foden’s ability and Guardiola’s capacity of turning problems into beneficial solutions will come into place. Let’s hope the youngster fills in big shoes with ease.