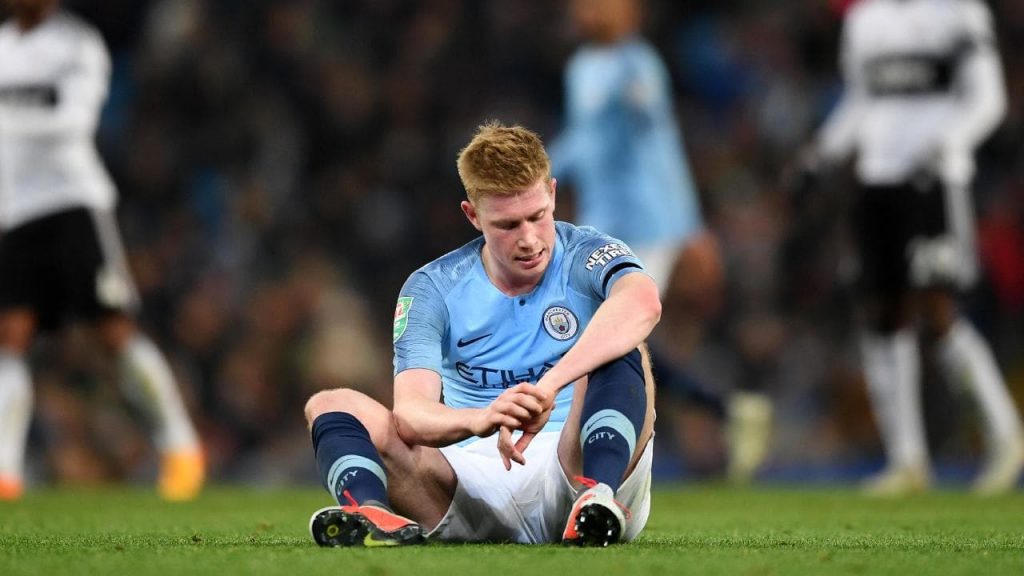 Kevin De Bruyne suffered a knock in his left knee during 2-0 win against Fulham in the round of 16 Carabao cup fixture.

The Belgian ace started the game, but was replaced by Claudio Gomes late in the match after Timothy Fosu-Mensah accidentally landed heavily on De Bruyne’s knee and the Belgian initially wasn’t able to stand up.

De Bruyne underwent scan on Friday at CFA and Pep confirmed that no surgery is need but is expected to miss the next five to six weeks.

“Unfortunately he is injured, but fortunately he does not need surgery,” Guardiola said. “In between four and six weeks the doctor said he will come back.

“Kevin was out for two and a half months, we are sad for him. When you come back [from injury] you cannot expect on day one he will be the player we know he is.

“He needs time to settle and take the rhythm, pace, everything. Yesterday he came back but it is what it is.”

The defending champions will host Southampton at 15:00 GMT on Sunday.