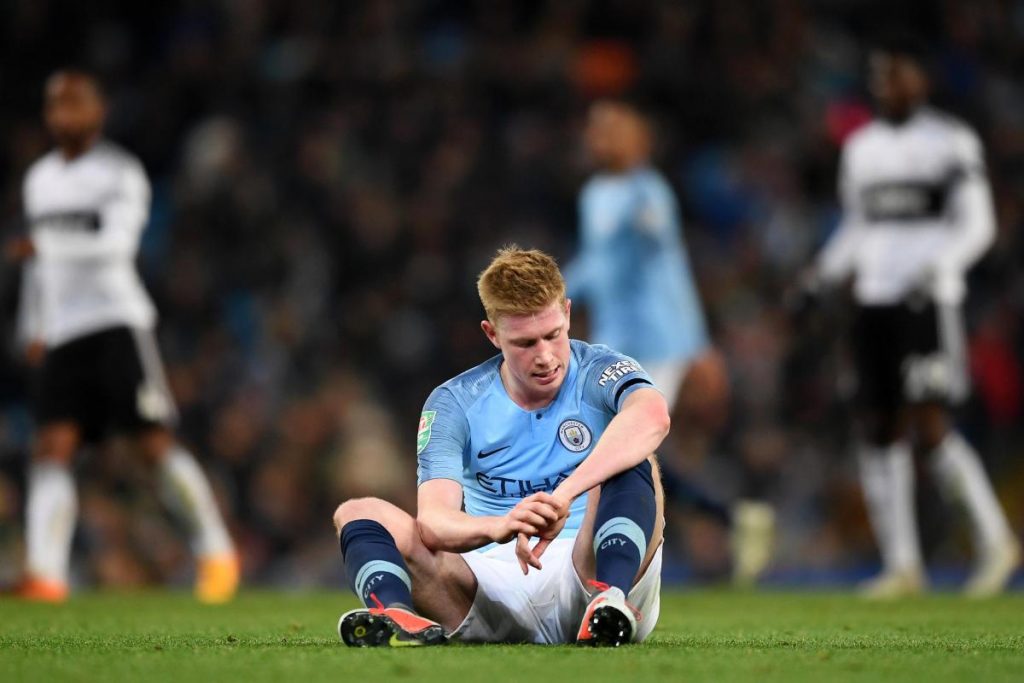 Manchester City’s ace midfielder Kevin De Bruyne did not take time to get back in action after suffering a 6-week long knee ligament injury that kept him out of 2018/19 Premier League season for first 15 games. Although, the Belgian international returned on the field, he could only last for a mere three games.

Manchester City’s last game against Southampton saw the team travel without Kevin De Bruyne who was suffering from a “muscle injury.” An injury that usually sustains to a player coming back from long-time injury and the hectic schedule of December could only add to De Bruyne’s absence. The Belgian sensation was not the part of team’s 3-1 victory at St Mary’s.

When asked about De Bruyne’s absence against Southampton’s game:

“I don’t know how he is,” said Guardiola. “Today he was not able to play, but it is not a big issue.

“It is normal for this to happen when you spend three to four months out injured – you come back in such a demanding period and you have a little bit of a problem.”

“It’s not a big issue, but I cannot say if he will be able to play on Thursday.”

Having made six Premier League appearances only, De Bruyne is yet to recover wholly and cause opposition to be on their tenterhooks. And however, bad his injury may be, the Sky Blues and their fans will be wanting for the midfielder to recover before January 3, when Manchester City face the staggering Liverpool who are on top of the table, 7 points adrift City.