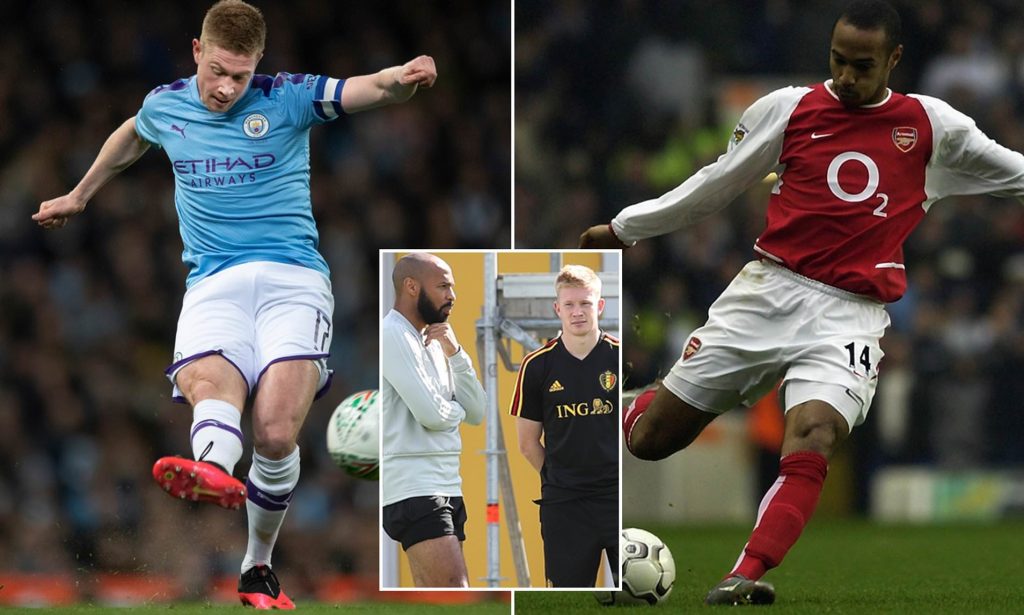 Manchester City’s star midfielder Kevin De Bruyne was on the verge of breaking Thierry Henry’s record of most assists in single season before the Coronavirus pandemic made way has insisted that he’ll still go for glory.

The Belgian midfielder has amassed 16 assists with almost 10 games left into the league and was about to break the everlasting tally of 20 assists that the Frenchman racked up in 2002/03 season.

And De Bruyne has revealed that he has told the Arsenal legend that his record is in his sights, providing the season is finished as planned.

“To be honest, I feel like I’m on 17 – I know they took one away from me at Arsenal,” he told The Athletic’s Ornstein and Chapman podcast. “I don’t know why they did it, I still don’t understand it.”

“I always joked with Henry in the national team, even at Vincent Kompany’s testimonial this year. I said ‘I’m coming for you this year’.

“To have 16 assists is really nice and speaks really well for a creative player. But if it doesn’t happen we still go on.”

“When you get something [a record] it fills you with pride, because I had it in Germany and it’s nice to see you break some records.”

At present, De Bruyne is the most creative midfielder in European football and if the 28-year-old goes on to play the same self, it will be as soon as next season that he kills Thierry Henry’s long lasting record.