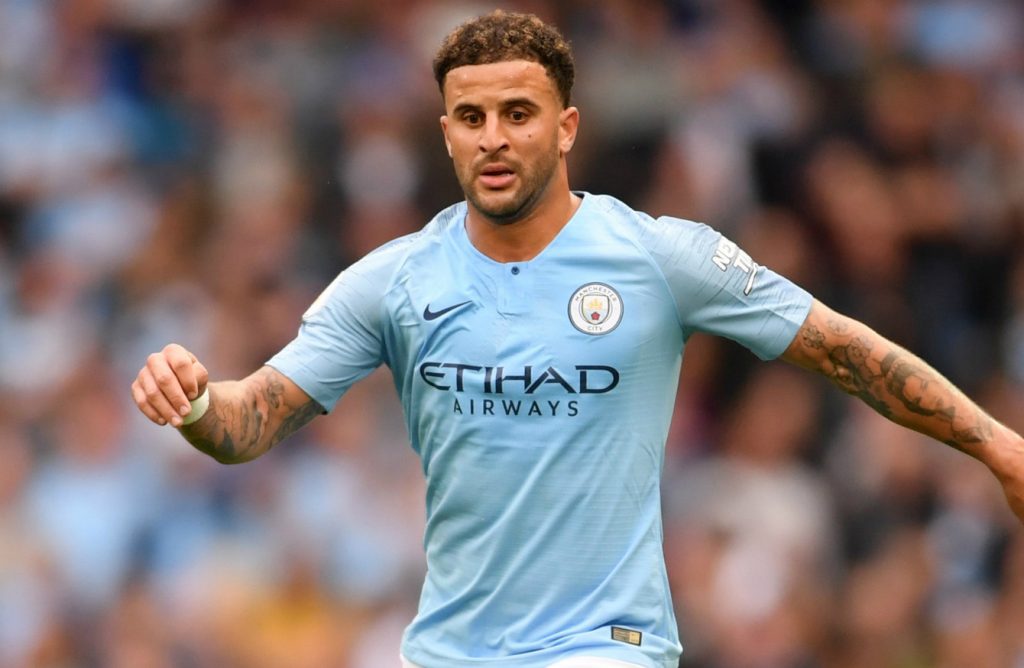 England and Manchester City defender Kyle Walker is in the process of agreeing on a new deal with his club which will extend his stay at the City of Manchester after falling back in favor with manager Pep Guardiola.

Manchester City became the first club in history to ever complete the domestic treble of the Premier League, League Cup, and the FA Cup this season under Pep Guardiola and the Spanish boss is keen on maintaining that standard of intensity that City are at by consistently challenging for major honors on a regular basis.

The blue half of Manchester also became the first side to successfully defend their Premiership title since their local rivals Manchester United achieved the feat a decade ago under Sir Alex Ferguson. In order to keep stimulating his players, Guardiola must act ruthless but also tie down the stars that he believes will play a major role for contribution in the future.

Recent reports claim that City is in the process of negotiating a new deal for English right-back Kyle Walker. The 29-year-old defender was dropped for three consecutive games by Guardiola during the busy Christmas period due to poor form which also speculated an exit from Manchester City.

However, Walker has admitted that being dropped came as a ‘reality check’ and he won back his place in Manchester City’s starting line up the following month in January. Now City is planning on rewarding Walker a new offer which will extend his stay at Manchester City despite the defender still having three years left on his current deal.

The contract extension will also add a significant rise in Walker’s wages as earns around £100,000 at the moment. Walker joined Manchester City back in 2017 from North London giants Tottenham Hotspur in a £50 million deal and has helped Guardiola’s team win two Premier League titles, two League Cups and one FA Cup in a fruitful two seasons so far.