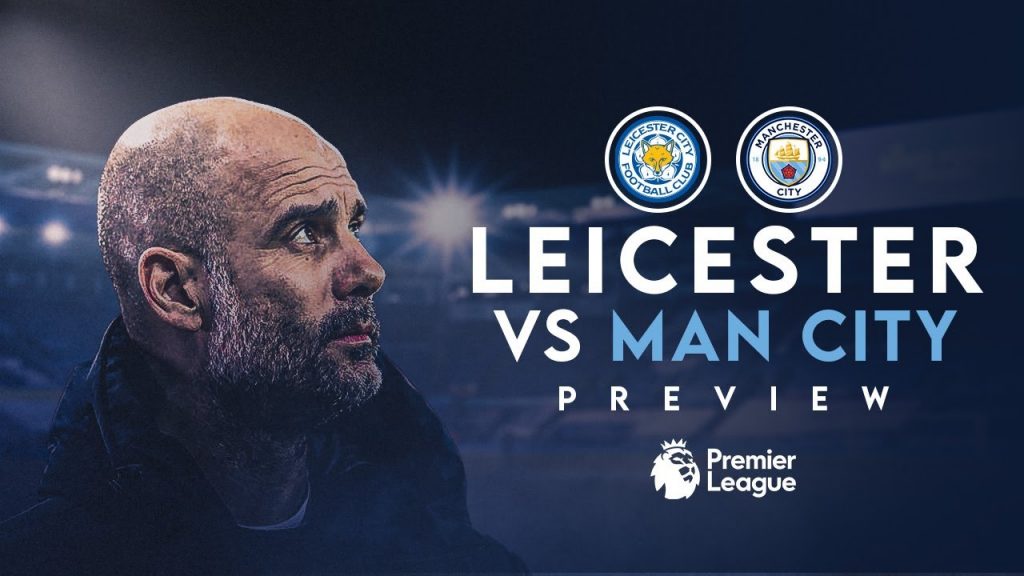 A rerun of the FA Community Shield game takes place this weekend. The game comes after the two-week international break that had its fair share of controversy. The fourth game of the new Premier League season comes days before the Champions League kicks off in earnest. Leicester City got better of Pep Guardiola’s side in the curtain-raiser, with that being the first of two losses for the Cityzens. Man City are looking for their third win on the bounce and would like revenge against a side that have been a thorn in their flesh.

Early last season, Leicester and Jamie Vardy beat City 5-2 with Jamie Vardy bagging a hattrick at the Etihad. Pep Guardiola will be seeking to avoid a similar fate almost a year after that game.

Manager Brendan Rodgers gave an update on the team’s fitness ahead of Saturday’s game. Wesley Fofana and James Justin remain the only long-term absentees for the time being. New signing Ryan Bertrand is in contention after testing positive for COVID-19 last month. Jonny Evans and Jannik Vestergaard are working their way back to fitness but are unlikely to feature this weekend. Also, Ricardo Pereira returned to training this week and could feature against the Champions. There were no casualties from the international break.

The international break did not favour Manchester City with a number of injury concerns. Zack Steffen tested positive for COVID-19 while on duty with the USA, effectively ruling him out this weekend. Aymeric Laporte was a precaution over the weekend but featured on Wednesday night despite concerns of an abductor injury. Kevin De Bruyne and Phil Foden have both resumed training and are in contention for a place on the bench. De Bruyne has been nursing an ankle issue since Euro 2020 and aggravated it at the start of the season but is ready to play some part on Saturday afternoon. Foden also suffered a foot injury at the Euros and is now returning to full fitness.

Following the action by Brazil’s FA to invoke a FIFA rule preventing clubs from fielding players who weren’t released for international duty, City will be missing the services of first-choice goalkeeper Ederson and striker, Gabriel Jesus.

Leicester will be thrilled to play City at this particular moment especially with the prospects of facing City with Scott Carson playing in goal. Jamie Vardy has scored two hattricks against Pep Guardiola’s side in recent times and would love to continue his scoring streak against the Cityzens. The Foxes’ last game was a hard-fought 2-1 victory against struggling Norwich City. The game against City would require Brendan Rodgers’ side to be focused and disciplined throughout the 90 mins. Getting the better of City earlier in August gives them extra motivation for this game hosted at the King Power Stadium. Jamie Vardy and James Maddison have to be alert on the attack in order to punish a defensively sound City side. In defense, the rejuvenated Daniel Amartey would need to keep his form and ensure defensive solidity. Leicester have won three of their last five home games against reigning champions beating Liverpool 3-1 last season.

Pep Guardiola will be looking for a way to banish the demons of last season and September by beating Leicester convincingly. A terrible display against Leicester in September last year had Pep frustrated and for good reason. The prospects of going into the game with only his third-choice goalkeeper, Pep Guardiola will drum it into his players’ head the need for defensive discipline. The sight of Jamie Vardy celebrating will be etched in his memory. Jack Grealish will be tasked with being the creative force for City, as has been the case in the first three games of the season. Turning up the style will be key in burying a Leicester side that can hurt you on the counter with players like Madison, Barnes, and Vardy in their ranks. Whoever leads the line has the task of being a terror and impressing the manager before the dreaded Pep Roulette strikes next week.