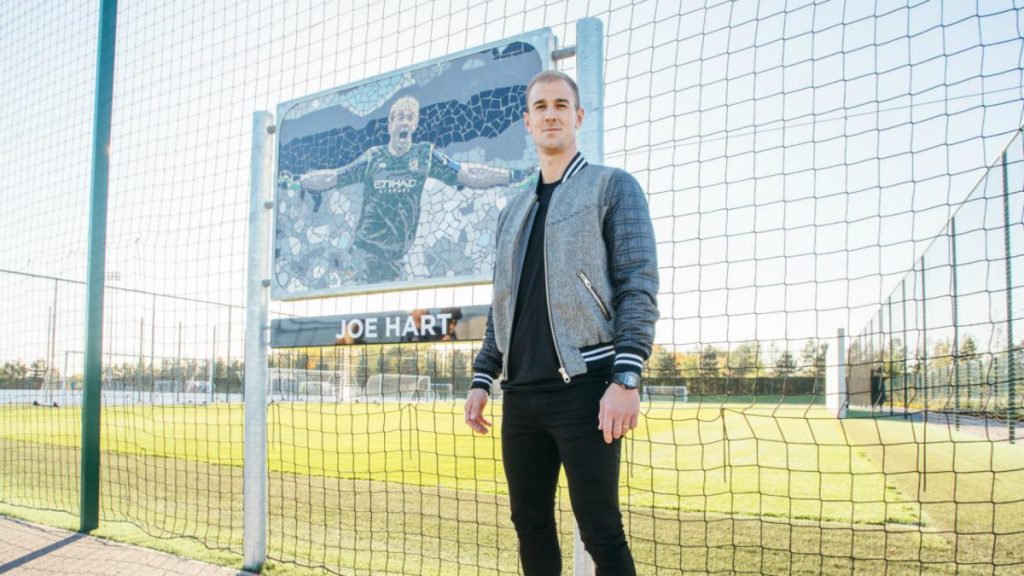 Manchester City did let go of Club legend, when goalkeeper Joe Hart left for Burnley this summer. The decision to sell Joe, maybe one of those which comes to Pep Guardiola with regret.

Yes, You read it right.. Pep Guardiola made an admission stating that he may have made a mistake to let Joe Hart leave Manchester City.

Joe Hart is considered as one of the greatest legends of Manchester City for his twelve years spent with the Blues of Manchester.

But the England international saw his City career ending on a bad note, with arrivals of Claudio Bravo and Ederson Moraes, it was difficult for Joe Hart to break in the starting eleven which forced him couple of failed loan moves to Torino and West Ham United before securing a permanent switch to Burnley this summer for £3.5 million.

Hart returns back home with Burnley today, and Pep Guardiola spoke about his decision to let go Joe Hart in the build up to the fixture.

“I know how tough it was for the fans, for the people. He was an incredible keeper and had incredible results here in the club,” Guardiola told the reporters.

“That’s why it was not easy for me, to take a decision.

“I’m not always taking decisions that are right. I have made in my career good decisions and very bad decisions, but you have to take it in the right moment and at the right time.

“Sometimes I took it and afterwards I’ve regretted. That’s what it is – that happens.”

Hart made 348 appearances for City and is all set to receive a Hart warming welcome at Etihad.

“I think there is no doubt how important he was and is. Tomorrow you will see how people appreciate what he has done for this club,” Pep added.

“Normally the player thinks of himself, himself, himself – it’s not easy – but he put himself a little bit in my position and said he understood perfectly. That’s why I appreciate a lot his behaviour.”

We have dedicated a goalkeeper training pitch at the CFA to Club legend Joe Hart in recognition of his 12-year association with the Club 💙 #mancity pic.twitter.com/VqxKOpmBfy